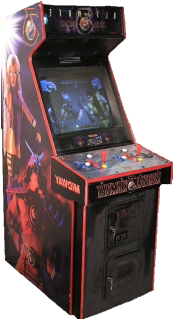 Ultimate Mortal Kombat 3 is the same as "Mortal Kombat 3 except for the inclusion of the following goodies. The things that were added in a previous versions remain unchanged in future updated version unless other has been mentioned.

Very little is known about this version. It appears to be a little different from the those mentioned above. Every attempt to receive more information remains unsuccessful. So if you know something, e-mail us. It is only known that you are able to play as Noob Saibot in this version. 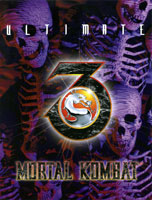 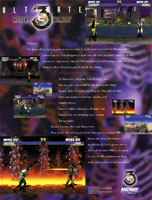