Did Injustice 2 Have Brutalities?

by Roy Arkon on Mar 2, 2022 :: 6
As you know, Mortal Kombat XL reintroduced the Brutalities as mid-match condition-based Finishers, rather than the long combo-based ones that they were in Ultimate Mortal Kombat 3 and Mortal Kombat Trilogy, and then they were brought back in Mortal Kombat 11 Ultimate. However, did you know that Injustice 2 also had Brutalities, or at least they were planned to be included there?

As discovered by a YouTuber named Ermaccer, IJ2 had a few, hidden and scrapped Brutalities for 3 characters: Aquaman, Supergirl and Superman, all whom were included in the roster for the IJ2 beta, which means that these were originally planned to be in the game, but then the whole idea was scrapped before the game's release, and these Brutalities were remain hidden in the game's files all along.

All we can do now is wait and see if NetherRealm Studios and/or WB Games ever tell us the answer to this question.

Check out the video from Ermaccer right here, enjoy.

by Roy Arkon on Feb 25, 2022 :: 0
As his Academy of Interactive Arts & Sciences (AIAS) Hall of Fame induction is approaching, Game Informer has conducted an interview with Ed Boon. In this Interview, Boon talks about how he got into the gaming industry, his time working on pinball machines, his work on the Mortal Kombat games and much more.

At the end of the interview, while not saying it directly, Boon essentially deconfirmed Injustice 3 as the next game being developed by NetherRealm Studios, as the pattern of Mortal Kombat and Injustice games has been broken. And while Boon didn't confirm what the next game is going to be, he said that once it is announced, we all understand why it will be just that.

"I can say that for 10 years, we were releasing Mortal Kombat and Injustice, Mortal Kombat and Injustice. When we broke that pattern, there was a lot of speculation of what we would be doing next. I can tell you there was a reason for it, and when we announce our next game, it’ll make a lot more sense. At this point, I’ll get in a lot of trouble if I say anything more".

You can check out the whole interview right here.

Ed Boon Is Being Inducted Into The DICE Awards Hall Of Fame!

by Roy Arkon on Jan 29, 2022 :: 0
A couple of days ago, the official Academy of Interactive Arts & Sciences (AIAS) Twitter page has announced that Mortal Kombat as well as the Injustice franchises, and Co-Creator and Chief Creative Officer of NetherRealm Studios, Ed Boon, has officially been selected the 25th Inductee into the DICE Awards Hall of Fame.


According to the AIAS president Meggan Scavio, as stated in announcment of the official AIAS AIAS website, "We are thrilled to have Ed be inducted into our Hall of Fame. From his early work on pinball machines to his monumental achievements co-creating the Mortal Kombat franchise, Ed's dedication and perseverance to the craft and art of games has left an incredible legacy for fans and game developers alike."

Xbox Game Studios head, Matt Booty, who started his video game career at Midway back in the day and is also the one who will represent Boon the award, said the following: “I met Ed on my very first day in the game industry at Midway and had the good fortune to watch him lead the creation of Mortal Kombat and work with so many talented people to grow it into an iconic, worldwide franchise. Ed epitomizes the best of what a game designer can be: big ideas, a great sense of humor, clear focus, and the ability to bring people together as a team. He has created not only a string of hit games but has also supported countless people on their own paths in the game industry.”

The AIAS Hall of Fame honors game creators who have been instrumental in the development of highly influential games and moving a gaming genres forward. These individuals demonstrate the highest level of creativity and innovation, resulting in significant product influence on a scale that expands the scope of the industry. Past AIAS Hall of Fame recipients include Connie Booth (2020), Bonnie Ross (2019), Todd Howard (2017), Hideo Kojima (2016) and more.

Ed Boon will be joining the AIAS Hall of Fame for all of his contributions to the gaming industry. From starting his career working on pinball machines at Williams Electronics, from working on his first title High Impact Football and it's sequel Super High Impact, to creating the Mortal Kombat series which became a global phenomenon that sold 75 million copies across almost 30 years and spread to all types of pop culture media and merchandise, to creating the Injustice series that also has become overly successful as well and was spread to various types of pop culture media as well.

The 25th Annual D.I.C.E. Awards ceremony will be held at the Mandalay Bay Resort in Las Vegas and livestreamed by IGN during the DICE Summit that which will take place between February 22-24.

Congratulations to Ed Boon for such a monumental achievement, and thank you for all that you have done for the video game industry and gamers around the world!

The Making of Mortal Kombat And The History of Digitized Graphics

by Gambid on Jan 9, 2022 :: 3
Splash Wave has released another one of their amazing video game based documentary videos. This time they focus on the making of the original Mortal Kombat titles while showing us the history of digitized graphics in video games. 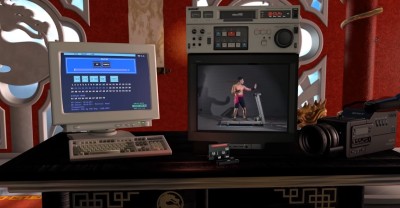 by Gambid on Jan 7, 2022 :: 15
At the beginning of December last year, we informed you about the currently ongoing petition, started by the guys from Eyeballistic Games in an attempt to convince Warner Bros. Games to green-lit their project for a Mortal Kombat Trilogy Remake. The studio has already tried multiple times in the recent years and failed to get the project going and hopes to achieve this with some help from the Mortal Kombat community.

In the meantime the petition has been signed by almost 22 000 people and its next milestone is the 25 000 mark. This is still pretty far from the goal of the studio of getting 100K signatures but it sure proves that reaching this goal is possible. Recently the petition caught the eye of websites such as Game Informer and Game Rant giving the project a much needed exposure.

On Twitter Eyeballistic Games CEO Joe Tresca and others have been posting mock up images and videos in an attempt to showcase the studios' vision for the remake and to get the fans excited. So let's have a look at what is new.

Let's begin with some screenshots that show the incredible models of Scorpion, Baraka, Sektor and Cyrax on two of the classic Mortal Kombat stages, The Church and The Pit 2: 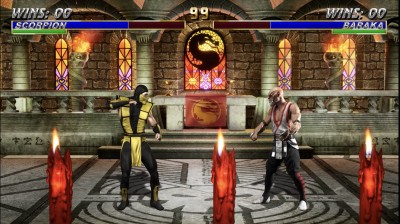 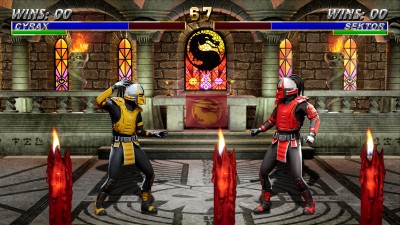 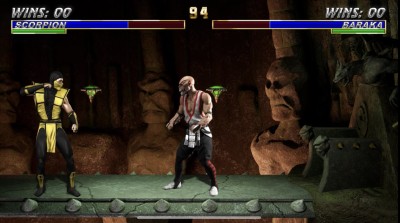 And while we are talking about the character models here is the Baraka one up close and also an early version of Shang Tsung from several years ago: 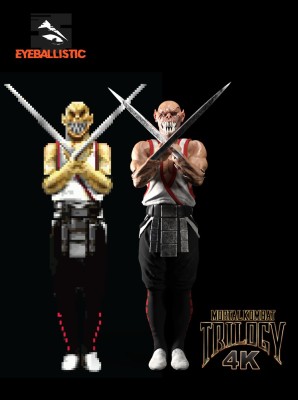 Part of the initial pitch for the remake was a Story Mode in a style similar to of what we are currently seeing in fighting games like Power Rangers: Battle For the Grid. Here are two pictures: 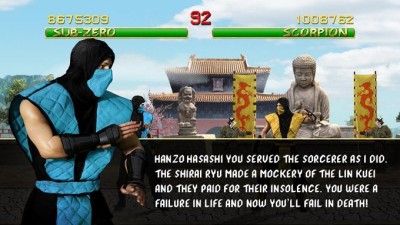 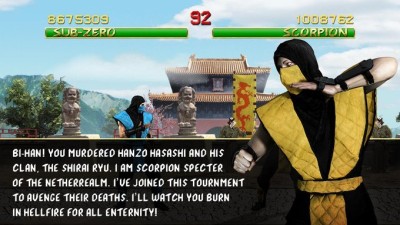 Before we move on to the videos, here are also some assets from the classic Graveyard arena that appeared in Mortal Kombat 3 and was even used to let the fans know that Johnny Cage has passed away by putting his name on one of the grave stones. 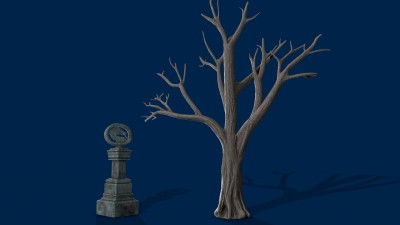 Now, if you want to see all this in motion, here are two videos showing the glory of the designs. Have a look and of course keep in mind that these are just for the purpose of showcasing the design and ideas.
There is a lot to get you excited here and we as a Mortal Kombat fan-site that has been the home of countless amazing fan creations over the years see a true potential. If you do as well, we ask you to support the guys from Eyeballistic Games by signing their petition and by spreading the word to your friends over social media.

Click here if you want to read ouroriginal article on the topic. There you will find a lot more screenshots and a working prototype you can check out.

Did you like this update? Then follow us on YouTube, Facebook, Twitter and Discord.
Page 1 of 21 NEXT> LAST>>
Go to top
Copyright © 2002-2022 Mortal Kombat Secrets - All Rights Reserved.
This website is in no way affiliated with Warner Bros. Entertainment Inc. or Threshold Entertainment.
Mortal Kombat, The Dragon Logo, all character and game names are registered trademarks of Warner Bros. Entertainment Inc.
Powered by E-ExtCMS. Script Execution Time: 0.174 seconds