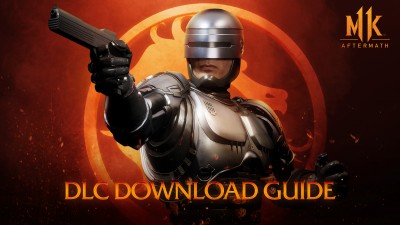 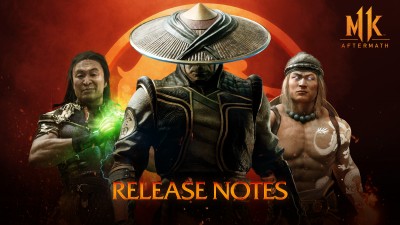 The latest Mortal Kombat 11 Kombat Kast features the final two characters that will be added to the game via the Aftermath expansion which comes tomorrow, Sheeva and RoboCop, along with more Stages and reveals regarding gameplay and balance.

Gameplay Details
- The RetroCade Stage has revealed to include the Pit II Stage from Mortal Kombat II on the projector, and it also includes Arcade Machines that feature other none-MK games such as Primal Rage.
- Some characters will have armor-breaking moves in specific Variations only, such as RoboCop's Air Shoulder Charge in his 3rd Variation. This is done in order to balance the characters and Variations accordingly.
- More character buffs confirmed for Raiden, Shao Kahn and Skarlet.
- Anti-Air Grabs are also getting buffed across the board for all of the characters that have them.
- Also regarding armor-breaking moves, while most characters will have only one, Shao Khan in particular is now revealed to have 3 armor-breaking moves, including the Downward Shoulder Charge which was revealed to have that property last week.
- The Towers in the Rapid and Heroic Tower Platforms in the Towers of Time will have their modifiers affecting both players rather then just be in the favor of the CPU opponent.
- The player will also receive more Konsumables rewards from those particular Towers, and will also receive more augment as they will drop from almost every Tower.
- A new change to the Kombat League is the addition of the Friendly Match feature. After a set is over, the Friendly Math option will be available so you will be able to keep playing against that player if you want to. Any wins or losses in Friendly Matches won't affect your Kombat League records and stats in any way.