As of today, the Sub-Zero skin based on the DJ Dimitri Vegas, that NetherRealm Studios has made as a token of appreciation for partnering with them to make the remix version of the iconic Mortal Kombat theme from the original MK Movie for Mortal Kombat 11, is now available for free for everyone. If you haven't done so already, go to the notifications section of MK11 to download the skin for free.

When you use that skin, not only Sub-Zero's appearance will change to match that of Vegas, but his voice will be changed as well, as Vegas himself has given exclusive voice acting for that skin as well as it's alternative skin.

The wait is finally over, the Mortal Kombat 11 Kombat Pack trailer has arrived, showcasing the full cast of character to be included in it. Shang Tsung and Nightwolf are already out for everyone to download, and now we see the final four: Terminator T-800 (being modeled and voiced by none other Arnold Schwarzenegger himself), Sindel, the Joker (being voice by Richard Epcar, who voiced both Raiden and the Joker in Midway and NetherRealm Studios games since Mortal Kombat VS. DC Universe), and finally Spawn.

Author's opinion: An awesome line up indeed. Already have so much fun with Shang Tsung (being the way to play Reptile in MK11) and Nightwolf is also great. Really looking forward to both Sindel and Joker, Terminator looks perfect thanks to Schwarzenegger, and it's great to finally see Spawn making it to Mortal Kombat.

So go order the Kombat Pack if you haven't done so already to get all of those characters and skins that will be available alongside them.

Looks like we are getting more characters from the Mortal Kombat series to appear in the movie. HN Entertainment got some exclusive hands on preview of the audition script for Black Dragon member Jarek, who debuted in Mortal Kombat 4 as a playable character and a movie description for Kabal, series veteran since Mortal Kombat 3. 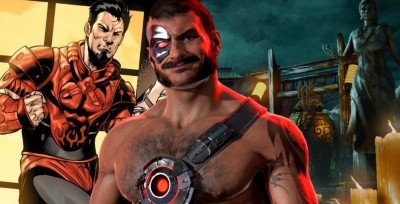 Here is the script of a scene featuring Kano and Jarek, including the description of Kabal. *Warning Spoilers Ahead*

KANO: There he is now.

JAREK: Kano, you prick. How have you’ve been?

JAREK: You didn’t tell me you were picking up tourists on the way.

ROLE #3: I just noticed they have matching tattoos, how adorable.

JAREK: Temple is to the north best to go on foot.

ROLE #3: You said that was north, we’re walking south.

KANO: The fuck is this? You’re setting me up. We’re Black Dragon, mate.

JAREK: I’m Red Dragon now. You got a bounty on your head Kano.

ROLE #3: Whoa, hang on. We want to kill this asshole as much as you do. Just let us walk.

[Shocked] Who the fuck are you supposed to be Bruce Lee?


KABAL: Male. 25-35. An evil assassin of Outworld, he is outfitted in a black armored vest and trench coat. His entire head is covered by a scarred black respirator. His signature weapons are two razor-sharp hook swords.

*Kung Lao’s Swaggering Shaolin Hat is now the correct visual and is unlocked for players.

*Fixed an issue where some Augments were not awarding their Experience bonuses when socketed into certain pieces of gear.

*Fixed an rare issue where after Chip Avoided or Last Breath has occurred Offensive/Defensive Meter could have an invalid regeneration rate.

*Fixed a rare issue where Meter regeneration rate could become invalid if the meter was not allowed to refill to maximum for a long period of time over multiple rounds. 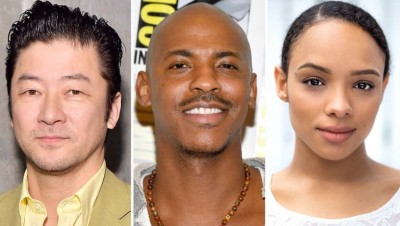 Supergirl actor Mehcad Brooks as Jax, Thor: Ragnarok actor Tadanobu Asano as Raiden, Australian newcomer Sisi Stringer as Mileena and Power Rangers actor Ludi Lin as Liu Kang are stepping into the ring for the project along with Joe Taslim, who was recently cast to portray Sub-Zero.

New Line is aiming to have a diverse international cast so as to reflect the global nature of the franchise, with actors coming in from the worlds of film, television and martial arts. The company has slated a March 5, 2021 release.