A new season of the Kombat League for Mortal Kombat 11 has started today, under the title Revenants Reborn. Like in all Kombat League, you will be able to gain exclusive Skins, Gear pieces, Brutalities and Currency by reaching each rank in the league as well as completing different tasks throughout the season. The 4 Skins for this season are for Jade, Kung Lao, Kitana and Liu Kang. 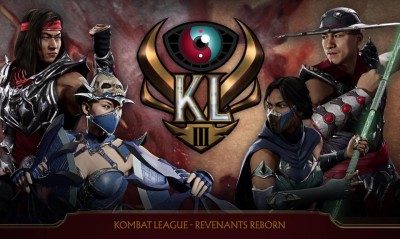 So join the Kombat League and do your best to improve your skills while also getting those exclusive rewards.

Earlier today, we got the Spawn render for Mortal Kombat 11, but now we got even more Spawn news. Keith David, the voice actor for Spawn in the Spawn animated series, has confimed on his official Facebook page that he will reprise the role of Spawn in MK11. 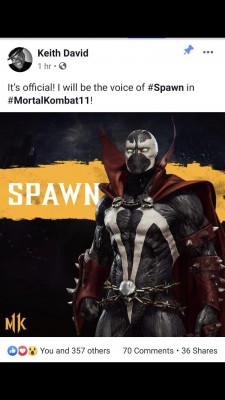 Those are great news, Spawn only looks better as time goes on. All there is left to do is wait.

The Hollywood Reporter has reported that the new Mortal Kombat Movie has found more characters, as The Meg actress Jessica McNamee will take the role of the original Special Forces soldier of the MK universe, Sonya Blade, while Aussie actor Josh Lawson has closed a deal to play the leader of the Black Dragon, Kano. Also, Deadpool 2 and Wu Assassins actor Lewis Tan is in final negotiations to play an undisclosed lead character. 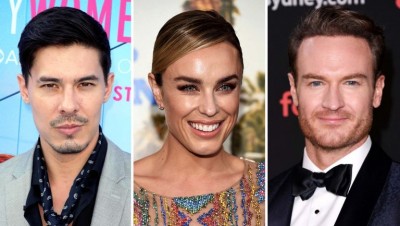 The Official Mortal Kombat Twitter Page has posted the official render for the final guest character of the Kombat Pack for Mortal Kombat 11, Spawn, and he looks amazing. Here it is: 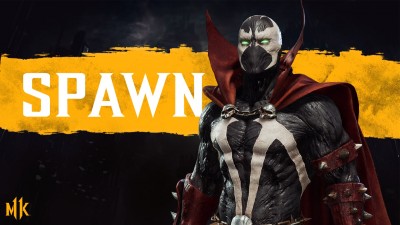 Spawn will be available for early access March 17, and full release March 24.

Schwarzenegger To Not Voice Terminator In MK11

According to an article posted by The Hollywood Reporter, Arnold Schwarzenegger, despite modeling the Terminator T-800 for Mortal Kombat 11, won't voice the character in the game. This is confirmed by Warner Bros. themselves so this means it is true, as can be read in a direct quote from the article:

A knowledgeable source tells The Hollywood Reporter that Mortal Kombat 11 will not feature Schwarzenegger voicing the role he made famous, though the version in the game does bare the actor's likeness. Instead, a sound-a-like voice actor was used. Warner Bros. Interactive, who produces the game, also confirmed that Schwarzenegger is not voicing the role..

Author's opinion: It is indeed very weird that Schwarzenegger will just model the Terminator yet not voice him in MK11, in fact I can't recall a time that a famous actor would only model a character without voicing him, but I guess that there's a first time for everything. I'm very positive though that whoever voices Terminator in MK11 would do a fine job.