Ed Boon has sent this Tweet in which he indicates that this Thursday it's possible that "the wolf will be sent". Does this indicates that we might get the Nightwolf reveal trailer for Mortal Kombat 11 this Thursday? And if it's indeed the case, what does it mean for the rumors regarding a reveal for MK11 at EVO? Will it focus on revealing the entire MK11 Kombat Pack in a trailer form? We will have to wait and see.

UPDATE #1:
Ed Boon has sent yet another Tweet which includes a new outro for Nightwolf, as well as a statement regarding the overall scale of updates and information regarding the Kombat Pack. This statement goes as follows:

"MK11 players waiting to hear news about DLC characters. We know this timing isn't ideal and FWIW this isn't our choice. But thanks for hanging in there with us. Things are still looking good for the Nightwolf game-play trailer tomorrow. Stay tuned..."

Author's opinion: One line to really take into account is the one that mentions that "this isn't their choice". The most logical assumption that can come out of this is that WB Games are pulling some strings behind the scenes that mess up the DLC schedule for MK11 by NetherRealm Studios. Of course, no one can deny that WB Games have helped a ton for the Mortal Kombat franchise, but they are not free of issues that they did with it in past ever since Mortal Kombat 9 (2011). Of course we still can't blame anyone as of right now, and wecan only hope that more information regarding the reason behind it will be revealed, but at least it's great to see that NRS once again have proved that they do listen to the fans and want to deliver to them, unlike people with questionable mindsets all over the internet would like to claim.

UPDATE #2:
The official Mortal Kombat Twitter page has Tweeted this teaser for Nightwolf, which officially confirming that the Nightwolf trailer will indeed be released tomorrow.

Now all is left to do is wait for the Nightwolf trailer, and hopefully for a Kombat Pack trailer as well, possibly at EVO this weekend.

A new season of the Kombat League in Mortal Kombat 11 is about to begin today, this is the Season of Time, and just like the previous Season which was the Season of Blood, you will be able to some Gear pieces throughout your games, as well as 4 new Skins for Raiden, Erron Black, Kollector and Jacqui Briggs. 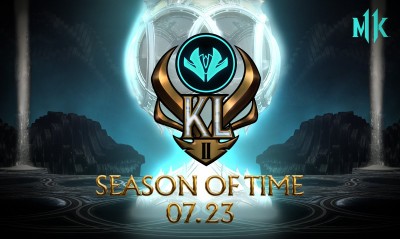 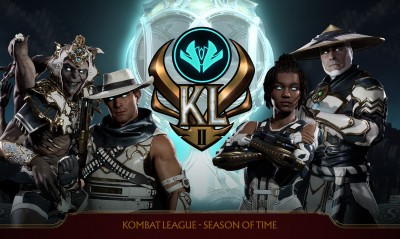 So if you feel ready, go to the Kombat League and go all the way to victory.

A new Mortal Kombat 11 patch for both the PC and Switch ports has been released. This patch includes bug fixes and quality of life changes. Here is the full notes list:

• Fixed an issue with facial animations not running in Intros and Kustomize section when playing the game in 60 FPS mode.

• Fixed an issue with Audio being played in the background after minimizing.

• Fixed an issue with RGB LED colour scheme not reflecting the usable keys in the shop.

• Fixed an issue with displayed prompts in variations not being reflected for the other players input device.

• Improved stability in Towers of Time and Klassic Towers.

• Improved stability in the Krypt.

• Fixed a crash when viewing replays following an online match.

• Fixed a crash when attempting to re-enter a tower after returning to character select.

• Fixed a lighting glitch during a specific Johnny Cage Fatality.

• Allow guest playing as Player 2 to use and modify Player 1’s custom variations.

• Certain skeleton key doors in the Krypt now give the proper rewards.

• In the Krypt, prevent some hanging bodies from respawning after they’ve been speared.

Mortal Kombat has always been an cultural gaming icon in the west and other countries with the exception of Japan as the series had a limited of games released in that region as the series have gotten more violent over the years. However, it didn't stop the series from producing rare merchandise overseas. In Japan, there was a monthly Japanese manga magazine published by Kodansha called Comic BomBom. that was aimed towards elementary children and featured tie-ins with game makers. 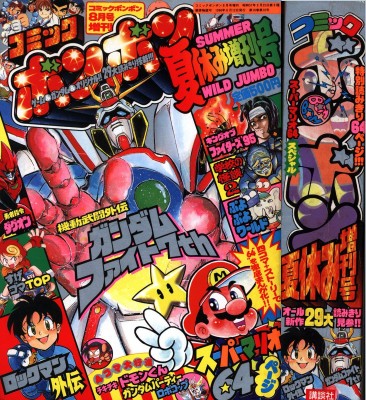 In a 1996 issue titled Summer Vacation Jumbo Special, there is a Mortal Kombat manga based on the 1995 movie by Paul W.S. Anderson as it takes iconic movie scenes in manga format. Take a look at the scans courtesy of nickkuh over on Twitter. 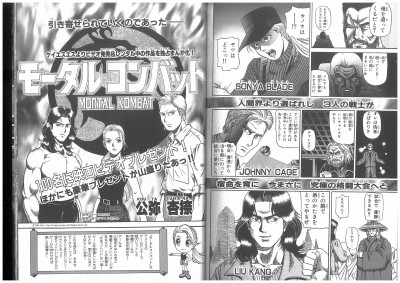 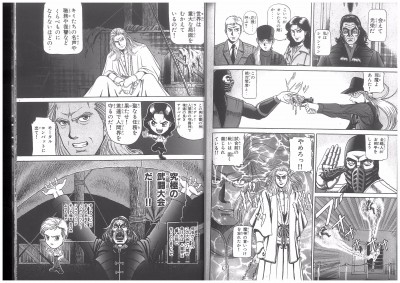 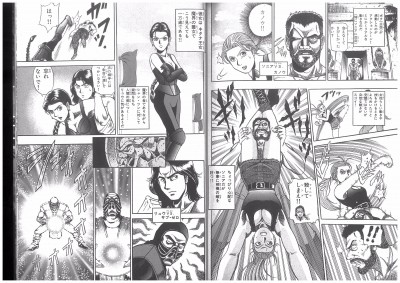 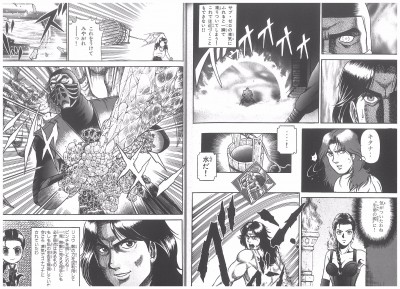 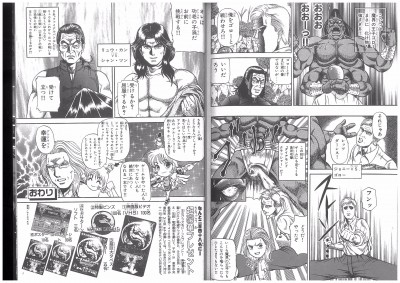 Todd McFarlane Talks To IGN About Spawn In Mortal Kombat 11

Todd McFarlane has talked to IGN regarding Spawn's inclusion in Mortal Kombat 11. McFarlane talks about his talks with NetherRealm Studios about including Spawn in MK11 and what revolved around it, as well as the process of Spawn's design in the game which lead to new details regarding what fans of the character should expect from him.

Check out the video with McFarlane on IGN's YouTube channel right here. Enjoy: