Over on Twitter, Ed Boon made a tweet regarding a screenshot of Nightwolf facing off Shang Tsung with a tomahawk at hand and quoting a line from the first Mortal Kombat movie. With the look of the setting we possibly maybe getting a CGI trailer showcasing the rest of the DLC characters for Mortal Kombat 11 real soon. 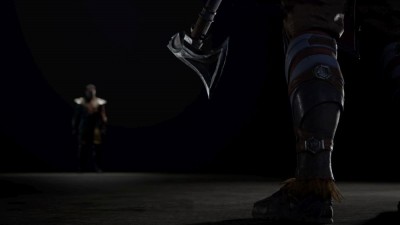 
Kung Lao's Brutality From The Kombat League In MK11

As you might know, the Kombat League in Mortal Kombat 11 has various Daily and Season-based Challenges that can give you rewards for completing them while playing. One of those Challenges is to complete 10 Ranked Daily Challenges (which you can see at the top of the list of Challenges), and if you manage to complete that Challenge during the season, you will earn an exclusive Brutality for Kung Lao, called Beaten And Broken.

Here is a video from the YouTuber Mr. Alucard, showcasing the Brutality with Kung Lao:

Here are also the requirements of how to get this Brutality during a match, courtesy of Mr. Alucard:

So if you want to get this Brutality, get it now while you still can.

MK11 Servers To Be Timely Down For Maintenance On June 25th

According to a new notification in the notification section of Mortal Kombat 11, the severs of MK11 will be temporarily down on June 25th from 08:30 AM CST to 12:30 PM CST. You will still be able to play through the Story Mode, the Klassic Towers (which include the 3 versions of Arcade Mode and the 2 Survival Modes, both the regular and Endless one) and play the Practice Mode during that time period. However, all other modes will not be available in that period.

Here is the notification below: 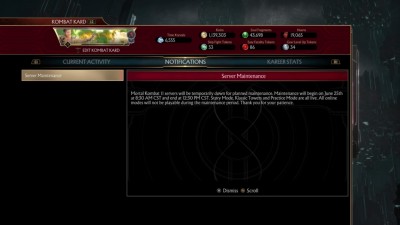 Keep in mind that this mainteance will be for only 4 hours, so it won't be long before the servers will be up again.

As we have reported last mouth, Mortal Kombat 11 has already managed to have huge success in the sales department, including becoming the 2nd best selling game of the year, selling 1.8 Million units in digital sales alone, and becoming the top selling game for all platforms. All of that in it's first mouth.

Now it seems that MK11's success has only grew ever since, as it once again topped NPD's sales chart, this time for the mouth of May 2019, becoming the best-selling game of 2019, quickly moving up from its already impressive 2nd place sitting back in April.

Mat Piscatella, an NPD analyst, has stated on Twitter that MK11 was the best-selling game on PlayStation 4 and Xbox One in May, and its month two sales were nearly double of any other game in franchise history. 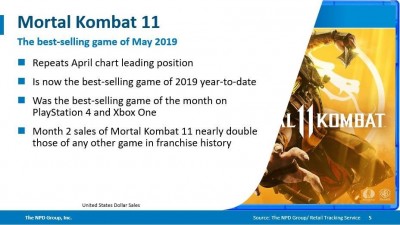 MK11 is surely a huge success for the Mortal Kombat franchise, and at this rate, it's success doesn't seem to stop anytime soon.