Ed Boon has posted this Tweet with a GIF of Sonya beating Scorpion in Mortal Kombat 11 with her Fatal Blow, in a direct response to the MK11 trophy leak that was posted last week, basically saying that the leak is not legit at all whatsoever. As such, it is much less clear right now which characters will make the cut to MK11.

Speaking of characters in MK11, Ed Boon also posted another Tweet with an image of all of the 4 main Mortal Kombat ninjas: Reptile, Scorpion, Sub-Zero and Ermac, while indicating that we need to "look up to the skies and see palette swap ninjas".

As you might remember, in Mortal Kombat 1, one of the clues for finding Reptile and reaching the secret fight against him was to "look to la luna", hinting at the moon at the Pit stage. Boon's line here sounds very similar to that hint from MK1. 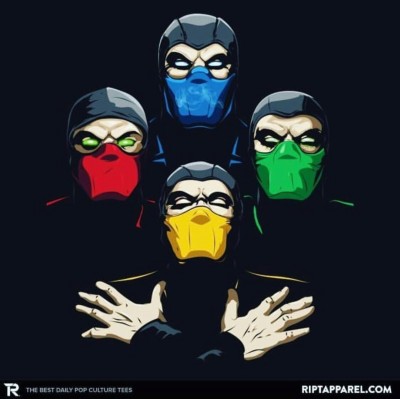 Are Reptile and Ermac confirmed for MK11? And what other characters will make it to the game? We will find out soon. 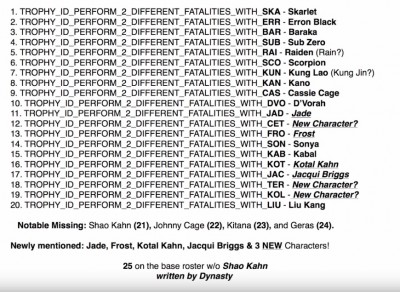 Steam's Mortal Kombat 11 information has once again been updated with more details on the cast of characters that will be playable game along with possibly newcomers as well. Not only the page leaked characters but also mentions the return of Mercy. Here is the list of the leaked roster from Mortal Kombat 11's Steam page courtesy of Dynasty. 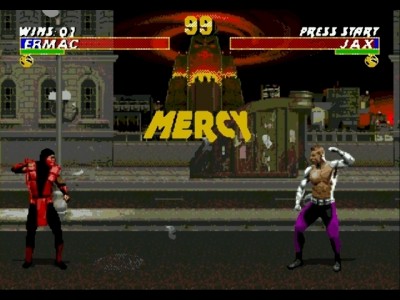 First introduced in Mortal Kombat 3, Mercy is combination move that allows a beaten foe to recover a sliver of life and continue fighting. This was necessary in order to perform an Animality.

With the character roster leak and Mercy returning to the franchise with Mortal Kombat 11, what are your thoughts on the news so far?

Steam's Mortal Kombat 11 information has been updated showcasing achievements for the upcoming fighting game. These reveal a possible chance that Erron Black may be in fact returning as a playable character as the achievements description states "Perform 2 Different Fatalities With Err"

If true, Erron Black would be the third Mortal Kombat X character to return in Mortal Kombat 11 along side Cassie Cage and D'Vorah.

There has been a lot of talk regarding a new Mortal Kombat film over the past few years. Well now we have an update on the matter, and perhaps, the movie is now more set in stone then ever before.

Greg Russo, who is working on a few projects at the moment such as the Resident Evil reboot, has posted on his Twitter page an image of what appears to be a script for the MK movie in what looks to be a very finished state. He is very active on Twitter asking the fans how they would like the kharacters to look like and other details that can be put in to make this movie as good as the original Mortal Kombat Movie was. So feel free to give him your ideas.

Here is the image of the script for the movie, next to an invitation to the Mortal Kombat 11 reveal event. 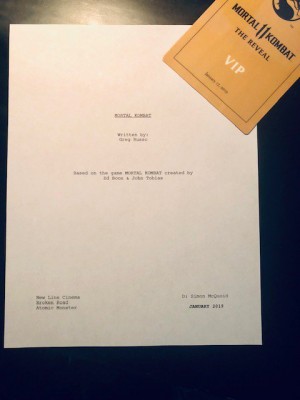 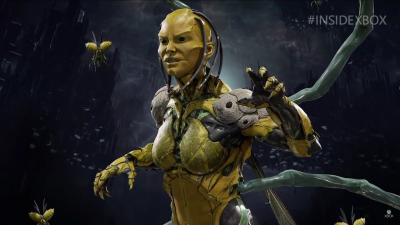 D'Vorah is one of the more exciting new characters in Mortal Kombat X and her return will sure please many of the fans. 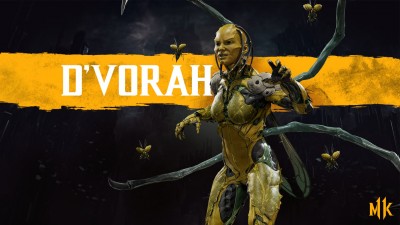 What do you think about this announcement? Let us know in the comments below.