The official Mortal Kombat Twitter page has posted an update regarding the Kombat Kast that was scheduled to take place tommorrow. Due to dangaruos weather in the era at the moment, out of concerns for the safety of the NetheRealm Studios team, the Kombat Kast is now being delayed to next Tuesday, February 5th at 3 pm CST.

Earlier today, we reported that Mortal Kombat 11 is going to be featured at the Inside Xbox event, which is taking place at the exact same day. That means that the Kombat Kast is going to take place at Inside Xbox. So tune in when the time comes.


Mortal Kombat 11 To Be Featured On Inside Xbox

Inside Xbox, a gaming event courtesy of Microsoft's Xbox, is going to take place on February 5th at 5PM ET / 2PM PT on various platforms. The event is going to feature exclusive interviews, new reveals and announcements for various games, and one of the games included in the event is Mortal Kombat 11.

What will be revealed exactly? Only time will tell, so don't forget to tune in when the time comes.

Check out the official trailer for Inside Xbox below: 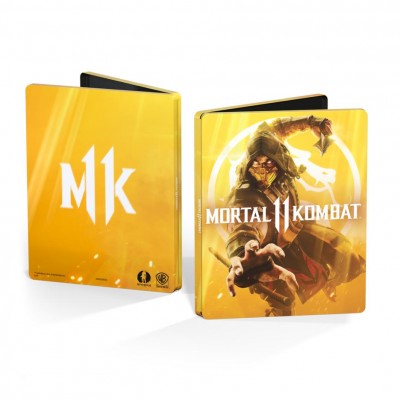 According to the website, this edition of the game will include:
- Excluside Steel Case (different from the one of the Kollector's Edition)
- Kold War Skarlet Skin
- Shao Kahn pre-order bonus

With this it becomes clear that the previously revealed Kold War Skarlet skin will not be Russia exclusive as many previously taught: 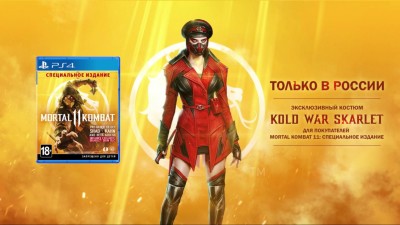 You can also check out the box art of the Special Edition here: 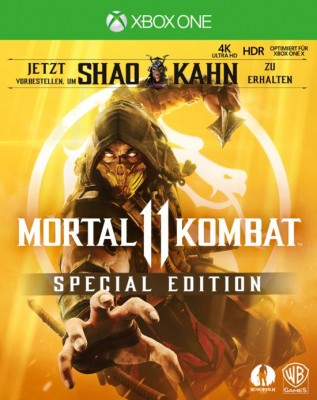 Mortal Kombat 11 Special Edition is available only for XBox One and PlayStation 4. We currently do not have any information about its availability in other countries.

At the Mortal Kombat 11 reveal event build, some of the modes were locked and unavailable at the time. One mode in particular in the single player menu of the game was featured with a thumbnail that was titled with only question marks.

MK competitive player and YouTuber, Mitsuownes, after gathering some info from Tweets and interview answers from NetherRealm Studios staff, came to a theory that this mode might actually be an Arcade History Kollection of all of the Arcade modes from klassic MK games.

Considering that MK11 already looks a lot like Mortal Kombat II (even the logos of both games are similar, with the number 11 heavily resemble the II Roman numeral of MK2) and that the figures in the question marks thumbnail resemble the statues in the Warrior Sharine stage in Mortal Kombat 1, this actually makes a lot of sense.

Whatever this mode is, one thing is for sure, it is going to be big.

Check out Mitsuownes' video below:

IGN had conducted an interview with Ed Boon regarding Mortal Kombat 11. In this interview, Boon explains the decisions behind some of the gameplay concept of MK11 such as the new Meter system and the exclusion of the Run mechanic, who are newcomers Geras and Kronika and what is the story behind them, and the difference between the Variations and Gear systems in MK11 and NetherRealm Studios' previous games, Mortal Kombat XL and Injustice 2.

Check out the interview in this video below: