The Hype for Mortal Kombat 11 Has Begun!

After nearly 3 years since Mortal Kombat XL has been released, MK Co-Creator and head of NetherRealm Studios Ed Boon is on Twitter yet again, starting the hype for the next chapter in the iconic Mortal Kombat franchise. He sent this this Tweet, showing a street sign with title "Emperor Quang Trung", obviously a clear hint at the sorcerers Shang Tsung and Quan Chi, two of the most prominent antagonists of the series who were also the co-bosses of Mortal Kombat: Deadly Alliance, as well as the term "Emperor" which can refer to any of the Outworld emperors: Onaga the Dragon King, Shao Kahn, Mileena and Kotal Kahn.

One can only wonder what that title really leads to, and what will be the direction of the story for MK11. Only time will tell, but until then, all aboard the Mortal Kombat 11 hype train!

Wanna square off with Master Bo' Rai Cho? Well now you can on Mortal Kombat X Mobile, as it was announced on the official Mortal Kombat Facebook Page that the Bo' Rai Cho Challenge is now live on the app.

So go and try to out-master the master himself. 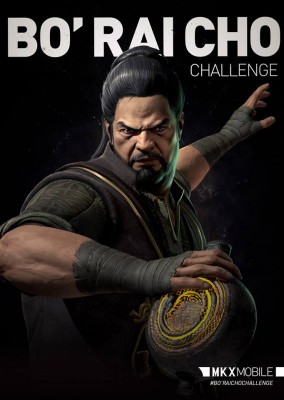