We had a few very interesting and exciting days here at MKSecrets.Net as we were working on a remastered version of the very first episode of The History of Mortal Kombat. The episode is now available for you to enjoy and it looks and most importantly sounds better than ever:

We took the opportunity to change a few things in the episode so not everything will be as you remember it.

Thanks to James Croft, who narrated this episode, helping the series reach new heights in terms of quality.

Visit the page of The History of Mortal Kombat, where you can find all the episodes available for download. The remastered version of episode one will be available soon too.

More Info and Clarification About The MK11 Community Event
by Roy Arkon on Dec 8, 2018 :: 0 Comments

As you probably know by now, there is going to be a community reveal event for Mortal Kombat 11 that is set to take place on January 17th, 2019. Now it seems that we got more information and some clarification regarding the event, thanks to Mortal Kombat pro player, commentator and YouTuber, Mitsuowens from Germany, who got this info from several other pro MK players via Twitter.

Among the details, it turns out that there are actually going to be 2 events on the same date, both in Los Angeles, CA and in London, England. The one at London is going to feature exclusive game reveals, world first hands-on, autograph sessions with NetherRealm Studios and much more.

Check out Mitsuowens' video from his channel below to see it all.

Mortal Kombat 11 deepens and personalizes the experience unlike ever before with an all new Custom Character Variation System that gives players the creative control of building customized versions of the character roster. In addition, the game will introduce a new cinematic story that continues the epic saga that is more than 25 years in the making.

“By giving players more creative control, Mortal Kombat 11 is a testament to why this iconic franchise is so strong and increasingly relevant after more than 25 years,” said David Haddad, President, Warner Bros. Interactive Entertainment. “This game showcases NetherRealm Studios’ extensive talent to innovate and create epic experiences for the Mortal Kombat fans and new players alike.”

“It’s exciting to finally announce Mortal Kombat 11 and showcase what the team has been working on,” said Ed Boon, Creative Director, NetherRealm Studios. “Our Custom Character Variation System opens up an infinite amount of options for players to personalize their favorite fighters. We can’t wait until January when we’ll be showing more of the game.”

Available for pre-order beginning Dec. 7 is the Mortal Kombat 11 standard edition for $59.99 SRP.* The Mortal Kombat 11 Premium Edition is also available for pre-order at $99.99 which includes the base game and the Kombat Pack. All pre-orders will receive the in-game, playable character, ‘Shao Kahn’. Those who pre-order on PlayStation®4 and Xbox One, at select retailers, will also receive access to the beta, which will be available in March for those platforms.

Multiplatinum-certified rapper, artist, and visionary 21 Savage remains downright unstoppable. Recently, he teamed up with Post Malone for the platinum-certified megasmash “rockstar,” achieving his first Billboard Hot 100 #1 in the process. Meanwhile, his full-length debut Issa Album, stands out as one of the year’s biggest success stories. It clinched #2 on the Billboard Top 200 upon arrival, moving over 77,000 copies first-week. It also went #1 on the Apple Music Hip-Hop/Rap Chart. The lead single “Bank Account” earned an RIAA platinum certification and peaked at #12 on the Billboard Hot 100. To date, Spotify streams exceed 216 million and YouTube/VEVO views surpass 64 million-plus. Tearing through the game with tenacity, 21 Savage carved his own path to the top of 21st century hip-hop last year.

Following a series of 2015 fan favorite mixtapes such as The Slaughter Tape and Slaughter King, he sent shockwaves through rap with the Savage Mode collaborative EP alongside super producer Metro Boomin. Not only did the project earn an RIAA gold certification, but it spawned the double-platinum “X” [feat. Future] and platinum “No Heart.” In between supporting Young Thug on tour and selling out his own headliner, 21 uncorked the platinum “Red Opps.” He changed the game with ISSA and Without Warning yet again.

Warner Bros. Interactive Entertainment, a division of Warner Bros. Home Entertainment, Inc., is a premier worldwide publisher, developer, licensor and distributor of entertainment content for the interactive space across all platforms, including console, handheld, mobile and PC-based gaming for both internal and third-party game titles.

NetherRealm Studios is a leader in the development of interactive entertainment, and the creator of the billion-dollar Mortal Kombat franchise. Mortal Kombat has spawned two theatrical films, multiple television series, and has sold over 42 million games to date. Located in Chicago, Illinois, the award-winning NetherRealm team has been working and creating games together since 1992. Additional information about NetherRealm Studios can be found at http://www.netherrealm.com

Mortal Kombat 11© 2018 Warner Bros. Entertainment Inc. Developed by NeatherRealm. All other trademarks and copyrights are the property of their respective owners. All rights reserved.

Mortal Kombat, the dragon logo, NetherRealm Studios, NetherRealm logo and all related characters and elements are trademarks of and © Warner Bros. Entertainment Inc.

*More information for Nintendo Switch pre-purchase availability will be provided at a later date.

The next chapter in the Mortal Kombat franchise is finally upon us, as MK Co-Creator and head of NetherRealm Studios Ed Boon has revealed to the world during the the Game Award 2018 show, in a true troll brilliance fashion, the official announcement trailer for Mortal Kombat 11 during his presentation for the Best Sport/Racing Award.

Here is the first set of news for the upcoming title:

Mortal Kombat 11 is going to be released globally on April 23rd, 2019. That means that the cycle of game releases from NetherRealm Studios and WB Games isn't broken after all, but only rather the announcement cycle, if you will. Also, on that date, MK11 is set to be released for the PlayStation 4, Xbox One and PC, and for the first time ever, on the Nintendo Switch! That's right, MK11 is gonna be a multi-platform game across all current platforms. So you don't have to worry whatever platform you have, as you can play the game on any platform.

Also, as was revealed by the trailer, the conquering emperor of Outworld, Shao Kahn, is going to return, and he is going to take the place of Goro in Mortal Kombat XL as well as Darkseid in Injustice 2 as the pre-order bonus. This will mark the first time that Shao Kahn is playable since Mortal Kombat Vs. DC Universe.

In addition to that, Mortal Kombat Official Website has been updated for the game, and the website is going to showcase the official community reveal on January 17th, 2019 on 11 AM PST, via global live stream. Enter the website in the link above to stay connected to the website when the stream will go live.

And finally, a Twitter user by the name of Soul King has shown in this Tweet several screenshots of MK11, all taken from the official Steam page from the game. Here are them all below: 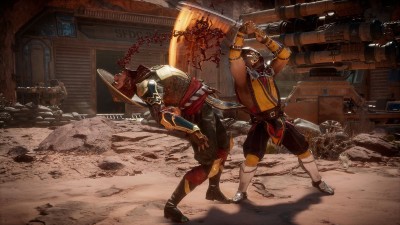 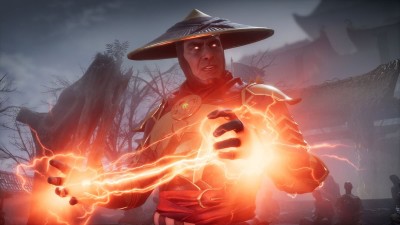 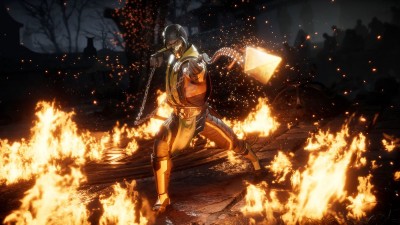 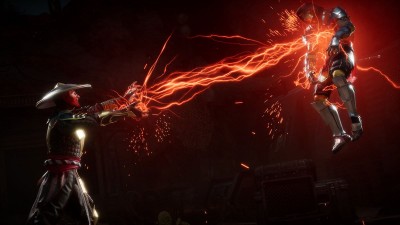 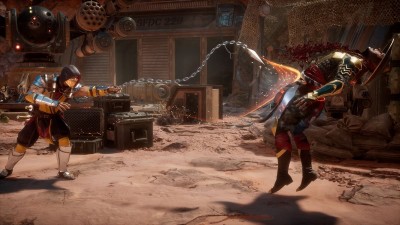 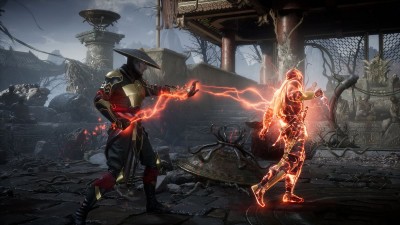 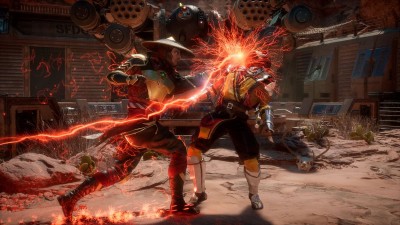 Netherrealm Studios and Warner Bros. just released the official trailer for Mortal Kombat 11. For the fans this means, wait is finally over. So without losing any more time, here is the announcement trailer for the game you have been expecting for the last almost five years :