Another Watch Tower steam was broadcasted on the NetherRealm Studios Twitch Channel, showcasing Raiden as he is coming for Injustice 2, along with his basic moveset, Gear exclusive moves, and some great loadouts of Gear for the Thunder God.

It was also announced that Raiden will be available for everyone who purchased the Ultimate Edition of Injustice 2, along with the Black Lightning Premier Skin, this Tuesday, 10.3.2016, and for everyone else next Friday, 10.6.2016.

Also on the stream, NetherRealm Studios' community specialist, Tyler Landsdown, has announced that on that very same Tuesday (10.3.2016), there will be another stream regarding all of the Mobile games that were developed by the studio, including Mortal Kombat X Mobile. So be sure to check out the stream when it goes live on that day.

Mortal Kombat X Mobile is keeping getting updates even up to today, with the latest update, as promoted on the official Mortal Kombat Facebook Page, includes the Vengeful Shinnok Update. So play the challenge now and face the wrath of the fallen Elder God. 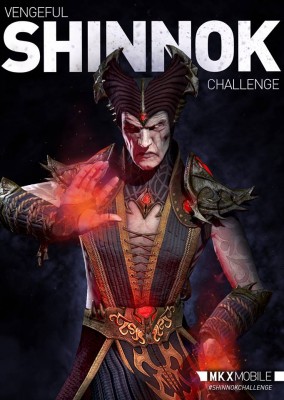 While the VIP passes sold out very quickly, you can still purchase the standard pass that includes:

Get your tickets now while you can!

The Injustice 2 Pro Series Finals took place yesterday at the Hollywood Avalon in Hollywood California, of which the Top 4 was broadcasted on ESPN2, making it the first NetherRealm Studios to be broadcasted on television. But after all of the action, the event concluded with a trailer for non other then then next DLC character for Injustice 2, the Thunder God from Mortal Kombat, Raiden.

As you can see in his trailer, Raiden is mixture of all of his Variations from Mortal Kombat XL (Thunder God, Displacer and Master of Storms), with some new animations and moves added to him, pretty much like Sub-Zero. However, the inclusion of Raiden also brings in Black Lightning, the lightning super hero from the DC Universe, as a premier skin for Raiden, and not only that Raiden's Supermove looks nothing short of amazing, but Black Lightning is gonna have his own version of the Supermove.

Raiden will be available next month in October, and the Black Lightning skin will be included for him for those who ordered the Ultimate Edition of Injustice 2.

In this interview she talks about her time with Midway while working on her roles as Sonya and Kia, her feelings about the series still going strong for 25 years, stories from her time during the Live Tour, her experiences of playing the MK games, and her career in general. She also said during the interview that she is going to attend this year's Kombat Kon.

You can watch the whole interview right here: