Here are the list of phrases hidden in Mortal Kombat XL:
00:00 - Kung Lao (After an X-Ray or winning a round): סיבובים ("Sivuvim" in Hebrew, or "Rounds" in English)

As promoted by the official Mortal Kombat Facebook Page, it is time to feel the fire on Mortal Kombat X Mobile, as the Kold War Scorpion Early Access Pack is now available, so go and get it while you can. 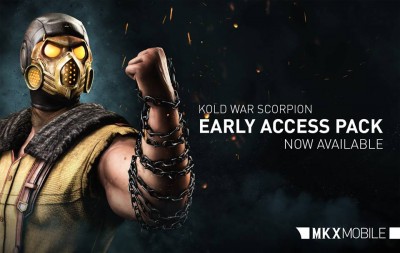 Sub-Zero is Coming to Injustice 2 on July 11th

Ed Boon, the Mortal Kombat co-creator and head of NetherRealm Studios have sent this Tweet confirming that Sub-Zero, the newest character for Injustice 2, will officially join the roster on July 11th as part of he Fighter Pack 1 for the game. 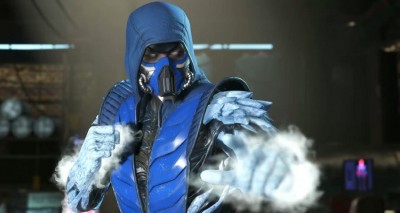 Information on an Injustice 2 Watch Tower livestream on Twitch regarding Sub-Zero will be presented once it will be available.

MKXL is a Part of Steam's Summer Sale.

The Steam Summer Sale has begun, and the discounts are all over the place. Mortal Kombat XL is no exception, as it got a discount of 60%, which leads the MKXL at the moment in the price of just 15.99$.

The Summer Sale ends on July 5th, so if you don't have the game yet, open your wallet now while you still can.

Mortal Kombat co-creator and head of NetherRealm Studios Ed Boon was interviewed on Giant Bomb at Nite, where he talked about several topics, including MK related ones.

At the 1h30m28s mark, he talks about 25th Anniversary of the Mortal Kombat franchise, as the series will be 25 years old on 10.8.2017. Boon said: "There might be stuff, probably nothing that I'm at liberty to say, it would've been cool if MKX landed on that year (25th Anniversary) but it's not to be. It would be a shame if there's nothing, if we did nothing. I've seen a couple ideas floating around that could be fun."

At the 1h54m34s mark, Boon talks about the idea of a new MK movie: Boon said: " I've seen a lot of stuff too, which I'm definitely not at liberty to say. I personally would love to see a new one but from a young director."

So what could be done for the 25th anniversary of the MK? And what would be in a new MK movie, if there ever will be such one? There are several potential ideas that are possible, we will see.