Insert Coin: Inside Midway's '90s Revolution is a documentary project started by former Midway employee Joshua Tsui with the goal to revisit the history of Midway Games back then. The project is currently on KickStarter looking for crowd funding. The goal is to reach $75000 and there are only 48 hours left. Take a look at the official trailer:

The focus of the project is to cover untold and unseen details from the production not only of Mortal Kombat but also of other Midway titles from that era, the including NARC, Smash TV, etc... 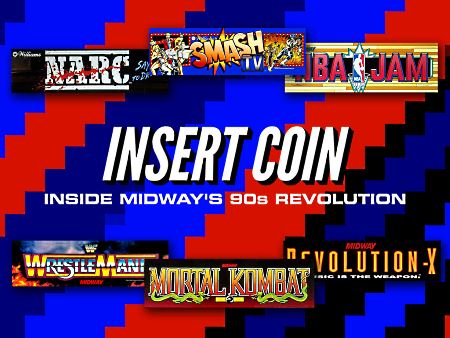 Interviews with many members of the development teams with behind the scenes information are also planned. These include among others interviews with Mortal Kombat co-creator John Tobias, Mortal Kombat 3 Sonya Blade actress Kerri Hoskins Bradshaw, and original Nightwolf actor Sal Divita.

Part of the unseen footage has been revealed in order to inspire the fans to support the project. The footage is from the unfinished and unreleased version of Mortal Kombat: Special Forces that includes Sonya as playable character alongside Jax.

Interested? Then take a look at the official KickStarter page of the Insert Coin: Inside Midway's '90s Revolution documentary and support it. There are cool things that you will get depending on the amount of money you decide to give. Here you can also see the progress of the project. Don't forget there is very little time left and not much money to raise, so hurry up:

We already made our contribution and wish the project success and can't wait to see the final result.

Update: August 16th 2015
The money has been raised. Congratulations to Joshua Tsui and the entire project.

The New Mortal Kombat Movie has been in development hell ever since the release of its predecessor Mortal Kombat: Annihilation. Every once in a while an "official" news appears online and manages to excite the fans and then to disappoint them as nothing happens down the road.

Things seemed pretty certain with Mortal Kombat: Legacy director Kevin Tancharoen set to make the movie. In 2013 it was however announced that he is leaving the project and there has been no further information ever since. A new Web Series was filmed several months ago, but even here, no further information is available 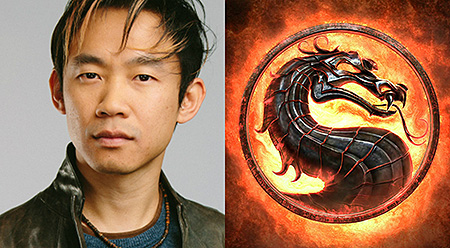 This all changed when The Tracking Board announced that Furious 7 director James Wan is set to produce the expected New Mortal Kombat Movie Reboot Reboot with previously announced writers Oren Uziel (Mortal Kombat: Legacy) and Dave Callaham (The Expendables):

The in-demand director of The Conjuring and Insidious: Chapter 2 has been brought over to uppercut some new life into the previously stunted picture. With his dark sensibility, ability to orchestrate action and scares, and a wildly successful financial track record, Wan seems to be the perfect fit for what the studio has described as “a departure from the mythology,” with “darker, brutally real martial arts.”

The script, being penned by Mortal Kombat: Legacy writer Oren Uziel and The Expendables writer Dave Callaham, centers around a seemingly harmless guy who realizes his potential when he finds himself caught in the middle of a cross-dimensional battle between the warriors of Earth and the monsters of Outworld. Now, in order to stop the world from total destruction, he must win the martial arts tournament known as ‘Mortal Kombat’.

Could the New Mortal Kombat Movie finally be moving forward? Tell us what you think.

The entire news chronology of the New Mortal Kombat Movie can be found in here.