It has been a while since we last saw the guys from Netherrealm Studios online in one of their Mortal Kombat X Kombat Kasts. But that will change tomorrow (August 31st, 2015). It has been announced that Kombat Kast will return, so that the developers can discuss patch notes from a soon to be released patch for Mortal Kombat X: 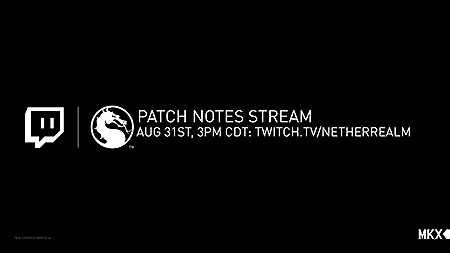 But, is that all? Many fans are suspecting that Netherrealm Studios will reveal their plans for future DLCs and probably Kombat Pack 2 in this Kombat Kast. Creative Director Ed Boon has been tweeting mysterious messages on twitter, including images of the Alien. So who knows, we are crossing our fingers.

Another topic might also be the cancellation of the PlayStation 3, XBox 360 port of Mortal Kombat X.

What do you think will be announced tomorrow?

The worst thing for many Mortal Kombat fans has happened. A community admin over at the WBGames Community has announced that Netherrealm Studios and Warner Bros. have officially cancelled the PlayStation 3 and XBox 360 ports of Mortal Kombat X:

After months of development, Warner Bros. Interactive Entertainment has come to the regrettable conclusion that we cannot release Mortal Kombat X for PlayStation 3 and Xbox 360. Please know our teams worked diligently to meet the quality standards set by the current-gen versions of the game. We were not able to get the PS3 and Xbox 360 versions to the quality expected of a Mortal Kombat game and are very sorry for not being able to deliver the products as originally planned.

If you pre-ordered Mortal Kombat X for PS3 or Xbox 360, please go to the retail location where you pre-ordered the game and you will receive a full refund.
I am the overall Admin for the whole of community.wbgames.com. Feel free to contact me with ideas or questions about the forums themselves. For questions about the games hosted here, contact the individual manager for that title.

A possible cancellation of the two versions of the game has long been rumored among the fans due to the complete lack of updates.

Take a look at some screenshots from the challenge.

Don't forget that completing any challenge on Mortal Kombat X Mobile will unlock the Classic Mileena skin in the console version of the game.

20 years ago, on August 18th 1995 a video game based movie hit theaters worldwide and against all odds and expectations grossed $122 million worldwide, breaking the video game curse as the first adaptation embraced by fans. This movie was Mortal Kombat: The Movie produced by Larry Kasanoff and Threshold Entertainment. 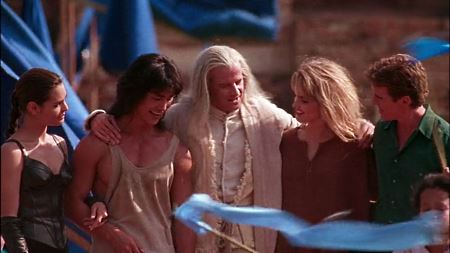 Now 20 years later producer Larry Kasanoff, Mortal Kombat co-creator Ed Boon, director Paul [W.S.] Anderson and most of the cast members sat down with Hollywood Reporter Aaron Couch to tell the Untold Story of Mortal Kombat: The Movie. Here are some highlights from the article:

The guys at Midway showed Kasanoff Mortal Kombat, a new game they said would beat his T2 record. It was bloody, hyper-realistic and already a sensation at the arcade. But Kasanoff believed it was destined to be more than just a video game. He envisioned it as a phenomenon on the order of T2. He saw a TV series, stage shows, albums and movies all in its future.

Midway wasn't so sure.

"YOU'RE FULL OF CRAP! IT'S JUST AN ARCADE GAME!"

Kasanoff: Everyone was telling me this wouldn't work and my career would be over. Including New Line. They'd already greenlighted the movie, and the studio head walked in with the script, threw it down on the table and said, "I hate the script. I hate this movie." And he yelled at us for an hour and then said, "Go ahead and make it."

Anderson: The script was kind of being written while we were in preproduction, which is a challenging thing, but it was a good thing, because it gave me the opportunity to help steer the direction. When it came to actually shooting the movie, I really encouraged the actors to ad lib quite a lot. It was a lot of the humor in the movie. There's a lot of good humor, especially coming form Linden Ashby [Johnny Cage] and Christopher Lambert [Raiden].

Linden Ashby, Johnny Cage: We came up with, "Those were $500 sunglasses, asshole," and the silly moment in the movie, the opening when I walk in and I go, "Let's dance."

Boon: [Fellow Mortal Kombat co-creator] John [Tobias] and I had comments about the script because I remember at first, from our perspective, it was way too comical. Raiden was cracking jokes like a prankster, and I remember saying, "He's not a clown, he's a very serious character." We didn't write the script, but we read the script and we sent back comments.

Apelian: We originally had Cameron Diaz cast as Sonya Blade. We were at New Line when The Mask was in postproduction, and Cameron Diaz was not a household name. No one knew her. New Line said, "Why don't you look some of the dailies that are coming in from this film and see what you think of this young, unknown actress." As soon as we saw the dailies from The Mask, there was no question that she was a star. We put her into training, because she had not really done this kind of martial arts work before. She broke her wrist right before shooting to the point where she couldn't do the martial arts stunts we needed. We were very happy with Bridgette [Wilson-Sampras]. It was great she was available.

We also have a lot of Behind The Scenes videos which you can find here.

The update made several other changes as well, including an increase soul cost for character recharge.:

The Piercing Mileena challenge will be available for one more day, so hurry up.

Don't forget that completing any challenge will also unlock the Mileena Classic skin in the console version of the game.