The rest of the cast include Damien Colletti as Kano, Victoria Simone as Kitana, Basil Masters as Johnny Cage, Johnny Alicea as Scorpion, Richard Lounello as Raiden, Irina Gorovaia as Sonya Blade, Immanuel Chang as Lui Kang, Lance Bilodeau as Reptile, Robert Bilodeau as Sub-Zero, and Raw Leiba as Goro.

Take a look at some images from the film: 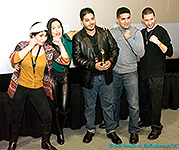 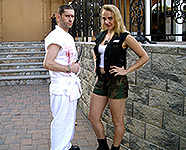 Congratulations to the entire cast and crew for the job well done. We can't wait to see what all of you guys are going to do next.

GameInformer has tried to explain the science behind Sub-Zero's Spine-Ripping Fatality and created a video in the process. 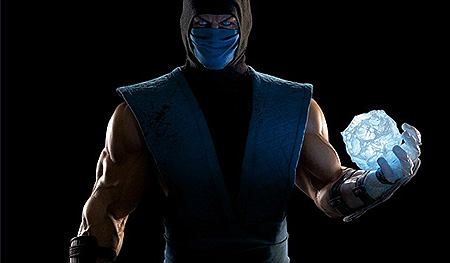 Host Jake Roper and the team at Vsauce3 took it upon themselves to learn just how much force is necessary to pull off the infamous final move. Turns out you need one million newtons of force (the equivalent of 10 high speed car crashes) to break the spine free of its numerous connections to muscle ligaments and other bones. To give you an idea, an average human will probably break their femur if hit with 4,000 newtons of force. That didn’t stop them from trying it on a gel dummy filled with blood, though.

So, is it possible to perform the Fatality, find out in this video:

The Jason Voorhees Mortal Kombat X Mobile challenge is this far the longest running for the game. It was comprised of two Faction War challenges that gave you the chance of winning both Unstoppable and Slasher Jason Voorhees and one Single Player challenge for obtaining up to two Unstoppable Jason Voorhees gold cards. The latter ends today and we would like to remind you that if you want to get your hands on the character you will need to hurry:

After the challenge has expired you will most probably still be able to obtain the character though the Jason Voorhees Pack. But you will need luck there and who knows how long the pack will be available.