Have you ever wondered who might win in a battle between Shao Kahn and Street Fighter's M. Bison. ScrewAttack has the answer for you:

The video might be wrong on some of the story details, but it is still very fun to watch. 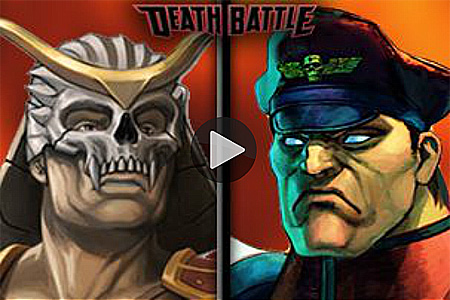 The video comes only several days before the release of the PC version of Mortal Kombat 9 (2011) Komplete Edition.

The release of the PC version of Mortal Kombat 9 (2011) Komplete Edition is only a few days away, as the game will be available for digital distribution on July 3rd.

With the release nearing, Amazon is offering both the digital and the retail version for pre-order for $29.99:

The game will be available digitally on July 3rd and will hit store shelves on August 2nd in Europe and August 6th in the US.

Click here here to learn everything about Mortal Kombat (2011), including the official system requirements.

The fourth DLC Wave for Injustice: Gods Among Us will arrive on July 2nd and will include one new character, a lot of skins and patches. So, lets take a look:

General Zod DLC Character
General Zod as the fourth DLC character is of course the center of this DLC wave. Zod will be free for the owners of the Injustice: Gods Among Us season pass. Everybody else will have to pay $4.99 or 400 Microsoft Points for him. Take a look at the reveal trailer, in case you missed it the last time:

Compatibility Pack and Patch 1.05
The compatibility pack for this DLC Wave will include the newest gameplay fixes, all of which we have listed here.

In addition, each compatibility pack features one free skin. What skin will be available for free is currently unknown. 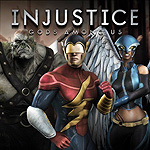 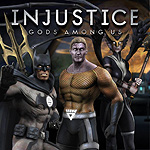 New 52 Skin Pack DLC
The New 52 Skin Pack includes skins for Wonder Woman, Batman and Superman. The New 52 skin pack is not part of the Season Pass and costs $3 or 240 Microsoft Points. Take a look at the screenshot: 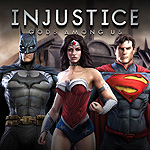 As part of the fourth DLC Compatibility Pack update releasing 7/02/13, NetherRealm Studios will release v1.05 patch for the Injustice: Gods Among Us video game. The v1.05 patch addresses several performance tweaks and enhancements to online battles and adjustments to key characters. The list of changes for patch v1.05 include:

Aquaman
- The Marine Marvel (Forward+1, 3) combo now has a block advantage of 0.

Batman
- Batman can now 2in1 cancel from his Intimidation (1, 2) combo when Release Check is set to Off.

The Flash
- The speed of The Flash’s Forward Dash has been increased.
- Placing The Flash in his Running Man Stance (Down+Down+2) now also sets him to a “ducking” position.

Green Arrow
- There is now slightly less cancel advantage when the Queen’s Gambit (Forward+2, Down+1, 3) and Light It Up (Away+2, 3) combo is blocked.

Lex
- You now need a bar of Meter to perform the MB version of the Gravity Mine (Down + Down + 3)
- The Geyser Uppercut (Down+2) now inflicts correct damage to the opponent.

Nightwing
- Staff Stance Down+Light is now +3 on block (down from +6).

Sinestro
- The Arachnid Sting (Down+Forward+Y) now has 5 additional recovery frames on when it successfully hits.

Solomon Grundy
- There is now a slightly bigger hitbox on the Walking Corpse (Back+Forward+3).

Netherrealm Studios has just sent us the reveal trailer for General Zod, the fourth DLC character for Injustice: Gods Among Us:

In addition, it was also announced that a Man of Steel Superman skin will also be available in July:

From the press release:

Warner Bros. Interactive Entertainment today confirmed that it will be releasing a Man of Steel Superman skin in July. The skin is based on DC Comics’ iconic Superman character as seen in Warner Bros. Pictures and Legendary Pictures’ feature film “Man of Steel.” Also scheduled for release in July is the General Zod downloadable content (DLC) character, which is based on NetherRealm Studios’ interpretation of the famed DC Comics character. 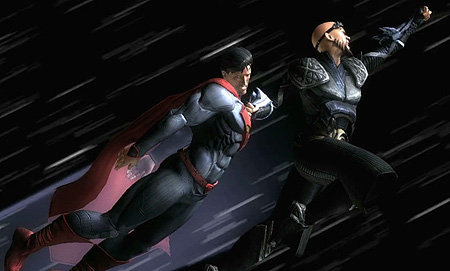