Classic Harley Quinn Skin for Injustice: Gods Among Us 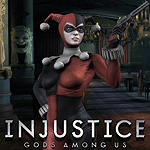 The very very long wait is over. As of today, Mortal Kombat (2011) Komplete Edition is available in Australia. With this, the Mortal Kombat franchise has managed to once again reshape the world of gaming. The game was initially refused classification by the Australian Classification Board due to the absence of an R18+ rating in the system, resulting in a ban for the title. A world wide reaction from the fans led to the introduction of the R18+ rating for video games, which allowed the title to finally appear on store shelves:

Are you just getting your hands on a copy of the game? You may then find the following guides very helpful:

Visit our Mortal Kombat (2011) section for a lot more information and media.

Now that Injustice: Gods Among Us is available, the main focus of Netherrealm Studio has switched over to additional skins and DLC characters. Take a look at some of the things they have prepared for us:

First we have a screenshot of Cyborg's Teen Titans Skin: 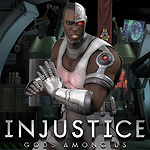 The next skin is already available and you can access it by rating the Injustice: Gods Among Us iOS App. It's the Knightfall Bane Skin:

The next image is actually a teaser for 4 skins, we will see very soon. One of them we already saw in this news: 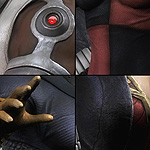 And last but not least, we have a screenshot of the recently announced DLC Character Lobo:

The clash at Arkham Asylum continues, as the powerful villains released by Harley Quinn have brought a halt to Superman's plan to move them to a secret and more secure prison. But with victory in the heroes' reach, tragedy strikes. Don't miss digital chapter 16 of the Injustice: Gods Among Us comic book series: