Superman Comes Face to Face With Aquaman in Chapter 12

Aquaman and Superman go face to face during the conflict between Atlantis and Superman's Justice League. Has Aquaman what it takes to protect his people as Atlantis rises from the depths of the ocean, find out in chapter 12 of the Injustice: Gods Among Us comic books:

The Justice League's battle with Aquaman and his undersea forces comes to its shocking conclusion. Will Atlantis be able to maintain its neutrality in Superman's new world order?

You can purchase the digital chapters on digital comic book retailers such as Comixology.

We, at Warner Bros. are extremely happy to release this new Mortal Kombat Legacy episode together with MKSecrets. It has been a long time since a Mortal Kombat fan site has received an exclusive and we thought that this would be a nice way to say thanks for the continued support and the passion of the people running not just this, but every other Mortal Kombat fan site out there. We hope that everyone enjoys this new episode.

Click on the image below to watch the episode: 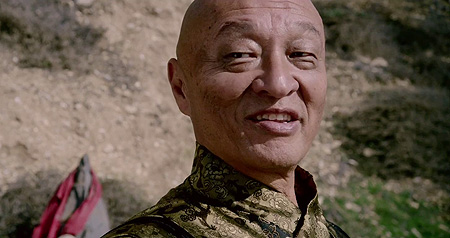 Update: 04.02.2013
We would really have loved for this to be true, but unfortunately it isn't. The sad truth is that in today's world a fan site could never get something like this. Those of you who follow the Mortal Kombat Community for a long time might even find the irony in this update. For those who do not, this news is just another April Fools Joke.

In a surprising press release, Netherrealm Studios announced today the next major installment of the Mortal Kombat franchise. According to the developer, work on Mortal Kombat 10 as the game will be called, has started about a year ago for an April 1st 2014 release. Several details were also revealed:

- The game will combine 3D graphics with textures taken from real life actors to recreate the realistic atmosphere of the first 3 games.
- The story will not continue where Mortal Kombat 9 ended, but will instead jump back to the events that follow Mortal Kombat: Armageddon to explore how changing the past has affected the future.
- The gap between the Mortal Kombat 9 ending and Mortal Kombat 10 will be explored in several flash back missions in Story Mode.
- A more detailed look at the story between the two games will be given by a prequel comic book series, written by Tom Taylor, writer of the Injustice comics.
- Speaking of Story Mode, the team has decided to bring even more interactive elements to it, by making story branches based on the actions of the player, similar to the way this was handled in Mortal Kombat Mythologies: Sub-Zero.
- No characters have been announced at this point, but according to Ed Boon, a number between 20 - 25 initial characters will be a good guess.

The game is being developed for PlayStation 4 and for the next XBox system. A special Android version is also in development. There are currently no plans for PC or an iOS version of the game, considering the declining sales of both platforms.

We will update this story as more information becomes available.

Update: 04.02.2013
Well, what should I tell you, yesterday was April 1st and we just couldn't resist. The news is off course an April Fools' joke as a company should be insane to make an announcement on that day. Hopefully we got at least some of you believing but in case we failed we will try harder next year. Now, why don't you come over to the forums and share your ideas for Mortal Kombat 10.

Machinima has become the first YouTube Network to actually run a traditional TV ad campaign. According to The Hollywood Reporter, the Network has purchased an ad slot on AMC's "The Talking Dead" on Easter Sunday to promote the second season of Mortal Kombat: Legacy with the following 60 seconds TV Spot:

"We wanted to promote it in a way that would break through the fog of familiarity," said Machinima executive vp of marketing Kevin Doohan. "Connecting to a television event like The Walking Dead season finale, a show that our fans are deeply passionate about, will introduce millions more viewers to Machinima."

Some advertising for the show is a great thing considering the fact, that there is almost no new information about the series that is supposed to start airing in the very near future. Even though filming has concluded several weeks ago, neither a launch date, nor a number of episodes have been officially announced yet.