Want to download these videos, visit the official page of the series.

Let us know what you guys think.

It has been really quiet on the Mortal Kombat: Legacy front for quite some time and exactly when everyone though that this chapter of the Mortal Kombat franchise has been closed, series director Kevin Tancharoen officially announced the second season, revealing characters and story details:

Kevin Tancharoen also announced on Twitter the the second season of Mortal Kombat: Legacy will not affect the production of the new Mortal Kombat feature film. It is however unclear whether the series and the film will be related in some way. 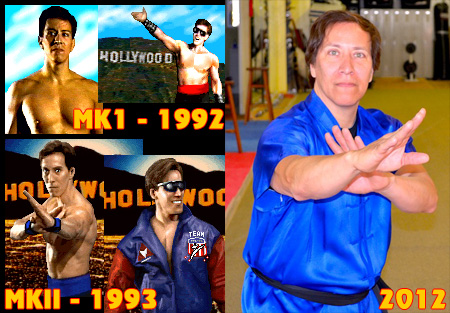 Injustice: Gods Among Us - ComiCon Trailer

We just received a brand new Injustice: Gods Among Us trailer. Among other things, the trailer contains gameplay scenes with the recently released two new characters, Nightwing and Cyborg:

Netherrealm Studios has just revealed two new characters from their new fighting game, Injustice: Gods Among Us: Nightwing and Cyborg. The announcement was made during this years San Diego ComicCon. We also received 6 new screenshots that show the new characters:

GameSpot has uploaded a video from the announcement event: