We are happy to release the very first The History of Mortal Kombat Special. This 5 minute short will show you rare Mortal Kombat footage recorded on different expos and trade fairs, such as E3, CES and the Mortal Kombat 4 Road Tour. Most of the footage shows incomplete versions of the games released from 1993 till 1999 and there are a lot of differences which the true Mortal Kombat fans will recognize. Enjoy and Merry Christmas:

Kevin Tancharoen, the director of Mortal Kombat: Legacy has announced on Twitter that filming for the second season of the series has been completed. He also posted an image from the wrap up party. 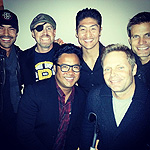 Catching Up on The MK: Legacy Season 2 Updates

A lot of new information about the second season of Mortal Kombat: Legacy has been released, including behind the scenes images, interviews and cast members updates. So, let's begin:

Click on the image below to see all new behind the scenes images. These show Kung Lao's hat, the new Dragon Logo, Kitana's outfit and many cast and crew members, including Cary-Hiroyuki Tagawa as Shang Tsung, Casper Van Dien as Johnny Cage: 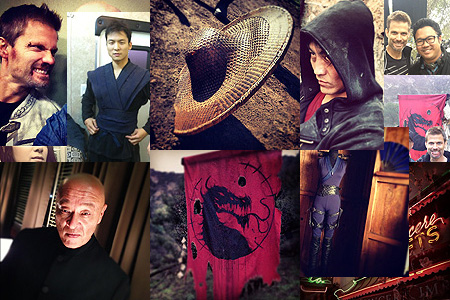 Brian Tee, the actor who portrays Liu Kang in the second season of Mortal Kombat: Legacy recently spoke briefly about the series and his role:

In an interview the Shang Tsung actor Cary-Hiroyuki Tagawa spoke about his return to the franchise as the evil sorcerer, his involvement in the series and the possibility to reprise his role for the upcoming Mortal Kombat feature film:

MG: How did it come again with you reprising the role of Shang Tsung in the web series “Mortal Kombat Legacy 2″?
CHT:After the first movie, all of the character had made deals for the sequel. Only two characters, Liu Kang and Kitana ended up in the movie. So it was a great disappointment, considering the success of the first one. This was just a confirmation to me for to reveal the truth of some particular people that were part of that team. It played itself out in much bigger problems. When I saw that person for one of the last times, I said “May you get what you deserve”. When that was all over with all I could do was resign to the fact that playing Shang Tsung in the first movie would have been enough. Then when I heard about the first series of “Mortal Kombat Legacy” but I was’t involved with the first season. Kevin (Tancharoen) and I connected over Twitter and offered me the role of Shang Tsung in the second sesaon. Twitter is changing politics. This guy is an amazing director and just such a humble guy. He is about to direct his direct movie for $50 million for the third “Mortal Kombat”.

MG: Any chance you will get to you play Shang Tsung again in that upcoming feature film?
CHT: The difference between the time that I did that the first movie and where my career is in now is that I have some certain standards now. But it will all be up to the studio and the producers. I let them know from the beginning, I said I wanted to do it but I had a history of not being respected. I said told them I would leave it to them to be real and see how it goes. Let’s just say I am not doing the web series for the money. But just to be a part of the web series is great. I am excited about working with Kevin and I would like to work with him even away from “Mortal Kombat”. He seems to really understand actors, which is highly rare. He has a place in Hollywood. I actually met his father back on the film “Rising Sun”. In fact, I had actually met Kevin as well, when he was 5 or 6 and he told me that he has a picture of me from back then. But for right now, I am very excited about the web series and the possibility of being in the feature.

Want to learn all the available information about the new Mortal Kombat feature film, click here.

Mortal Kombat 9 Free For PlayStation Plus Members in Europe

It was just announced on the official PlayStation 3 YouTube channel that Mortal Kombat 9 will be available for free for all PlayStation Plus members in January 2013. The game will become part of the Instant Game Collection of the service.

All links posted in the description of the announcement video lead to the European PlayStation 3 website, so we currently assume that the game will only be available for free in Europe. We will update this news in case something changes. Countries in which the game is banned, such as Germany, will probably be excluded from this offer.

Click here to watch the announcement video and check its description for more information.

The 6th episode of The History of Mortal Kombat series has been around for about 10 days, and has become quite popular. We just released English and Russian subtitles to make the episode accessible to even more people and more subtitles are on their way. In case you haven't watch the episode yet, check it out now:

Many of you have asked us to upload the behind the scenes images that appear in the last part of the episode, so here they are. Enjoy: 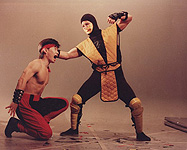 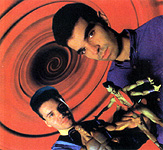 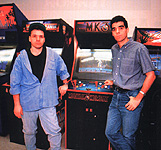 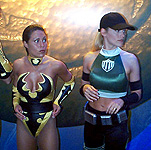