As the EVO 2011 Tournament is reaching its apex, the top 8 Players for Mortal Kombat 9 (2011) have been announced by Shoryuken:

Congratulations to all of you who made it this far in the tournament, we wish you all good luck.

The Mortal Kombat 9 finals will take place Sunday, July 31st at 2:00 PM (PDT, GMT-7 Hours). Don't miss the first time a Mortal Kombat game has made it to this tournament. Below, we have embedded the Live Stream and the Chat room from the tournament. If you happen to go online, don't forget to mention the website that sent you ;)

The long wait is finally over and the ninth and last episode of Mortal Kombat: Legacy has arrived. This episode tells the story of the Lin Kuei ninjas Sektor and Cyrax and continues the Cyber Initiative story from the first two episodes bringing the series to a full circle. An enemy from the past also returns as does a surprising appearance by another, long forgotten by the fans Lin Kuei warrior. Be sure to watch this final episode and tell all your friends about it. More views means bigger chance for season 2:

Click on the image below to watch the episode: 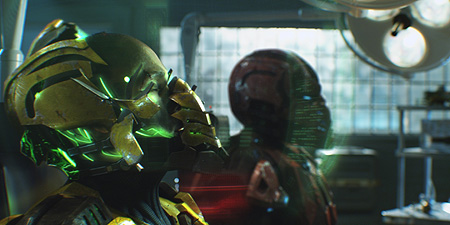 Already watch the episode, then click on comments and tell us what you think.

Thanks to Der HellRazor for the heads-up on this story.

Freddy Krueger and the Secret Origins of DLC Kharacters

PlayStation.Blog has published a really interesting interview with Mortal Kombat co-creator Ed Boon in which he gives some details on the creation of Freddy Krueger and the rest of the DLC Kharacters. From the article:

PlayStation.Blog: So what is the inspiration for bringing Freddy Krueger to Mortal Kombat as a DLC character?
Ed Boon, Creative Director, Netherrealm Studios: It was a number of things. It’s kind of hard to choose a character who would fit well into the Mortal Kombat universe, with the blood and violence that’s so associated with it. Kratos from God of War is a brutal, bloody character, so he makes sense. When we had the discussions about the DLC characters, we knew that we wanted to add a returning character, a new character, but also a guest character. That was one of the goals right from the beginning. A number of names were run by us: Jason, Michael Myers and all those guys. Freddy Kreuger, we felt, was the most instantly recognizable and he fits in with Mortal Kombat with his claws. It just seemed like the best fit.
...
PSB: Will Freddy’s ability to invade his victims’ dreams play into his Mortal Kombat incarnation in any way?
Yeah, you’ll see some of that. His story ending really plays into that. In the middle of a fight, you won’t see him entering a guy’s head in a dream sequence or anything, but there is plenty of dream-related stuff in his introduction animation, his victory stance, his fatalities and so forth.

Freddy Krueger's Biography and Render have been released on The Official Mortal Kombat Website. The Biography even goes into detail on how and why Freddy has two razor gloves instead of one. A detail that has been preventing fans from going to sleep ever since the character was announced:

Biography: A malevolent spirit of the Dream Realm, Freddy Krueger preys on the souls of the living as they sleep. When Shao Kahn began to steal Earthrealm's souls - souls Freddy considered his own - Freddy battled the emperor in the Dream Realm. But Shao Kahn's will was too strong. He pulled Freddy into the real world, where he was mortal, and defeated him. A badly injured yet determined Freddy fitted both his hands with demonically enhanced razor gloves. Once he has killed Shao Kahn he will find a way back to the Dream Realm, where he will torment Earthrealm's souls for eternity.

Freddy Krueger is the 4th and currently last DLC Kharacter for Mortal Kombat 9 and will be available on August 9th, 2011.

Have you missed Freddy Krueger's announcement trailer? You can watch and download it here: 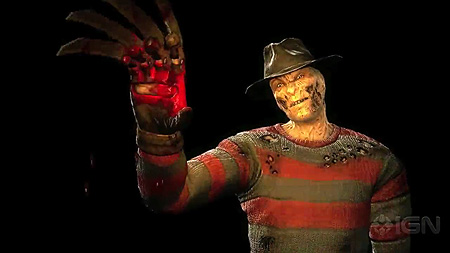 Also, join the Freddy Krueger's discussion on our Forums and tell us what you think of this character.

We are constantly updating our Mortal Kombat 9 (2011) section so that we can offer the most up to date information.

The Mortal Kombat: Legacy panel at Comic-Con gathered a lot of fans of the series and off course draw the attention of the press. This is all great and makes the possibility of a second season and or even a movie even more realistic. Below, we have two videos with cast and crew interviews from Comic-Con:

In the mean time you can still re-watch the first 8 episodes in our Mortal Kombat: Legacy section.

The first 8 episodes are also available to purchase through our Amazon A-Store: