The director of the Mortal Kombat Digital Series posted three new images from the upcoming series: 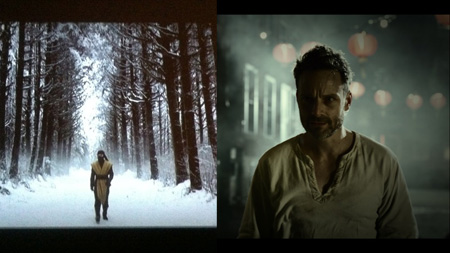 IGN just published a very interesting exclusive Mortal Kombat 2011 video, that focuses on the Challenge Tower game mode. There are a lot of things in this video that you will really want to see: 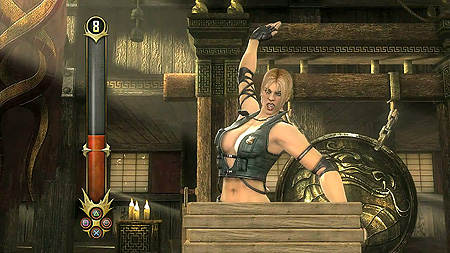 On a different news, a short and very positive Mortal Kombat 2011 Hands On appeared on GamrReview:

The feeling of playing the new Mortal Kombat is very similar to the feeling I had when first playing Street Fighter IV. It was like I'd travel back in time with a slightly different controller in my hands, and yet there were high-definition graphics before me. Mortal Kombat looks like a very new, very polished fighting game but still plays just like the older Mortal Kombats. The uppercuts, the strange and unnaturally posed flying punches, and the tight-balled flipping jumps harken back to a different time.

This isn't just a re-hashing of old games, though. While most moves are straight from the older games, the combo system is more robust and the x-ray system that's been shown in screenshots is the reward for great combos. One thing that really jumped out at me is the persistent damage. Throughout the match, the characters will show damage that never goes away. Costumes and masks rip, gashes open up, and blood flows all throughout the match even into victory poses.

Mortal Kombat (2011) will be released on April 19-th for PlayStation 3 and XBox 360. Pre-Order your copy through our Amazon Online Store and receive the classic Reptile costume and Fatality for free and $10 promotional credit (US only). Available in the United States, United Kingdom, Canada and Germany.

Thanks to our visitor Darkness Rain for the heads-up on this story.

Currently we are one of the richest Mortal Kombat fan sites out there and expand our content all the time in all possible directions.

But, what did we managed to do during the last one year:

- We completed the migration of the site to it's version 3.5 and started migrating to the new site engine, currently used by almost 50% of the website.
- We created several new sections, including sections for the upcoming Mortal Kombat 9 (2011), Mortal Kombat: Digital Series
- We massively expanded the Mortal Kombat Trilogy and the Kombat Kolumns sections
- We modified the look of our site and message board, in order to bring more darkness to it, a step positively welcomed by a lot of you, for which we would like to thank you.
- We created a Facebook Fan Page and a Twitter account for the site

The work on the website continues as we prepare for the release of Mortal Kombat 9. We also currently work on several other things that we hope you will enjoy.

I would also like to say "Thanks" to all of our past and current staff members for their dedication and hard work on Mortal Kombat Secrets and also to you, our visitors for your continued support.