The long wait is over, the second episode of our Mortal Kombat History Series has finally arrived.

This second episode will take you back in time and tell you the history of Mortal Kombat II:

PlayStation.Blog has reported that Senior Vice President of Worldwide Studios Europe Michael Denny presented the new PlayStation Vita at the PlayStation Vita event in London. The unveiled information includes the Launch Line-up for the new handheld system and additional third-party titles that are currently in development. One of this titles is a Mortal Kombat game, called Mortal Kombat: Vitality. 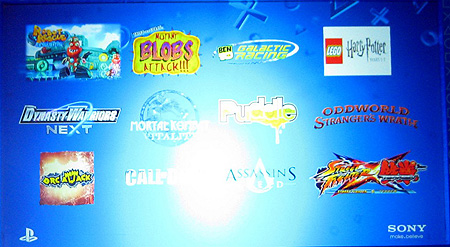 Is this a PS Vita port of this years Mortal Kombat 9 (2011) or a brand new entry in the series? Except for being in development, nothing else is currently known about the game.

Thanks to Jose Francisco Beltran for the heads up on this story.

Ed Boon has confirmed on Twitter that the long expected patch for Mortal Kombat: Arkade Kollection should be released early next month:

noobde
RT @colephelps247 So can we expect a MKAK patch this week? Noobde: No sorry. Latest I've heard is around Dec 6. I will dig around some more.

The patch is expected to address the problems players are experiencing during Online Play along with other issues of the Kompilation.

Are you looking for Special Moves, Kodes, Secrets, Videos, etc... We have it all, right here in our new Mortal Kombat: Arcade Kollection section.

Remember, this is a Kompilation title, so information about a specific game is available in the section for this game:

However our Mortal Kombat: Arcade Kollection section will send you to the right location.

We also have information about the cancelled Mortal Kombat HD: Arcade Kollection Remake. There are some very interesting screenshots there, so check it out.

RT @DanielQuan97 @noobde What's the surprise? Is about the movie, DLC's? Noobde: Actually we have 3 surprises (of varying degrees) brewing.

What they are and when are they going to be revealed still remains a mystery, or does it ;)

Mortal Kombat 9 (2011) was nominated for the Spike TV's 2011 Video Game Awards in the best fighting game of the year category.

In addition the Freddy Krueger DLC was nominated in the best DLC category.

Click on the links above and support your favorite game.