Two New Renders From The Official Website
by Gambid on Dec 8, 2010 :: 0 Comments

Surprisingly a couple of days ago Ultimate Mortal Kombat 3 was released for Java Mobiles and we decided to review the game in the next issue of our Kombat Kolumns. 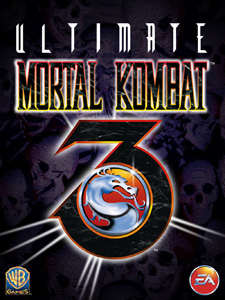 The article which is co-written by ded_ and myself (Gambid) will review in detail all aspects of the game. We took under the microscope the graphics, the sound, the controls, the gameplay and even compared the different versions. In the article we will even reveal who the HIDDEN FIGHTER is and how to unlock it. Two videos will show you combos from the game and all Finishing Moves.

We hope that you enjoy this article.

Update of the Official Mortal Kombat Website
by Gambid on Dec 4, 2010 :: 0 Comments

The official Mortal Kombat (2011) Website website has finally been brought to its full functionality. The discussion boards have been added and also the ranking system of the fighter should be working now.

Remember that it was promised that a secret will be revealed about the most discussed fighter.

Part 3 of the second episode of the second season of MKast has been released. In this episode Senior Producer Hans Lo and Producer Hector Sanchez are joined by Lead Designer John Edwards, Paulo Garcia and Designer Brian LeBaron to discuss the next Mortal Kombat game.