Pocket Gamer has revealed today that Ultimate Mortal Kombat 3 will appear later this week on Java mobiles! Below you will find a few screenshots from the game:

Classic '90s beat-'em-up Ultimate Mortal Kombat 3 is on its way to Java mobiles later this week.

Seven of the fighters from the original arcade game are present in this version, including everyone’s favourite spear-wielding psycho Scorpion ; lovely blonde-haired lady fighter Sonya; and the completely forgettable Cyrax .

The game promises to contain ‘key combos’ along with five of the original stages from the arcade cab, three different difficulty levels, and dual control methods in order to cater for both casual players and the ‘hardcore’.

Ultimate Mortal Kombat 3 is expected to high-kick mobile gaming portals around the 1st of December, and we’ll have a review of the title a little later this week.

Thanks to Scheisse from ClassicMK for the heads-up on this story.

The latest issue of the Russian magazine Игромания (Igromania) has an article about the next Mortal Kombat. The article contains several screenshots that reveal Sonya Blade. On the screenshots she is battling Scorpion on The Pit, Nightwolf on Kahn's Arena, Kitana on the Dead Pool and Mileena in the Church with Rain present in the background. On the forums of the magazine several images from the magazine have been shown. One of them shows renders of Sonya and of Scorpion:

Netherrealm Studios has just released a new Sub-Zero related video: What Would You Do With Sub-Zero's Freeze: 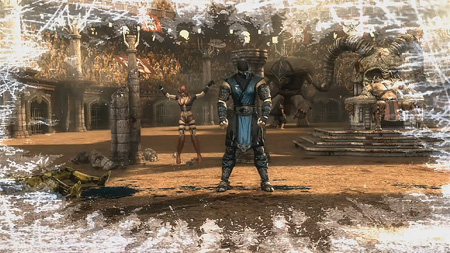 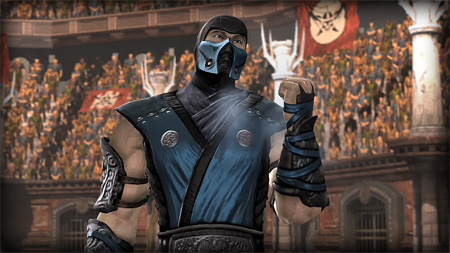 Netherrealm Studios has just provided us with a kommunity exclusive Environment video featuring "The Living Forest": 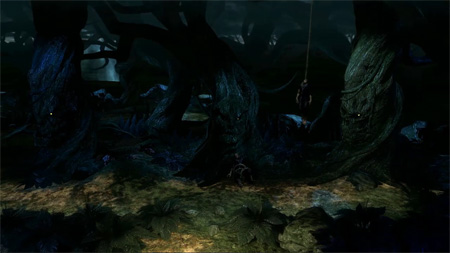 We were also given our own version of Sub-Zero's Vignette: 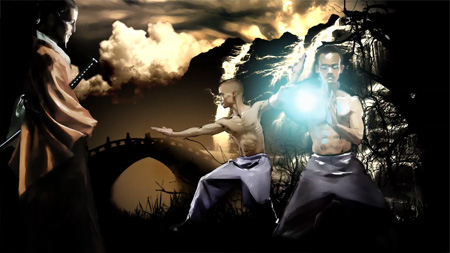