Kotaku has recently reported that the Mortal Kombat development team is looking for a way to leave Midway.

Midway's team of developers responsible for the 17-year-old Mortal Kombat franchise is currently in active talks with other publishers to leave the company and for its own studio, sources tell Kotaku.

The MK team, which comprises about 50 developers, is said to be in discussions with a handful of unnamed publishers, with senior members of the group handling negotiations for a possible exodus from Midway. According to Midway sources who wished to remain anonymous, one of the catalysts for the move is a lack of payment in bonuses due to MK team members based on meeting Mortal Kombat vs. DC Universe sales targets.

Sources said that the Mortal Kombat team has become increasingly "frustrated" with the handling of Midway's bankruptcy filing. MK staffers also expressed irritation from being in the position of delivering million unit-selling titles on time and on a bi-annual schedule while other projects at the company languish in development.

Midway representatives, when contacted for comment, opted not to discuss the Mortal Kombat team's plans, saying that the team was in "good shape." They did, however, want to stress that Midway itself is not withholding any owed payment to the Mortal Kombat Vs. DC Universe developers.

"Midway is not refusing to pay out those bonuses," PR reps told us. "It's the unsecured creditors committee that is refusing to allow us to pay them. They're the ones holding that up."

If the MK team—who are apparently not under contract at Midway—does find a new studio to call home at a publisher other than Midway, the fighting game franchise may not go with them. That, as well as having to abandon work on the follow-up to MK vs. DC, tentatively titled Mortal Kombat 9, was going to be "tough."

Should the key Mortal Kombat talent leave, it could be a substantial blow to the ailing Midway, which has already closed and consolidated many of its in-house development teams.

We will post more details as information gets available.

This is the final UltimateMK/Darktemplarz "brand" UMK3 combo video, which covers all the remaining infinites in UMK3 Arcade, regardless of their usefulness. Special thanks to Chaos.Control and Battousai.

Look for some hidden Easter eggs in the video, you may have to download it to see them. 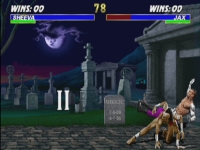 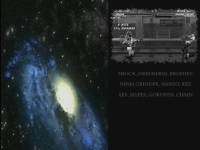