Scorpion was here. I can sense the nether...

Thanks to chrisv9000 for the heads-up on this update.

The gaming rental site Game Fly has released a new box shot for Mortal Kombat VS. DC Universe. The rating still shows "RP - Rating Pending" so changes are still possible in the design:

The October 1st issue of the Russian game magazine Страна Игр (Game Land) will have an article about the upcoming Mortal Kombat VS. DC Universe. Mortal Kombat fan site MK-сервер (MK-server) was able to obtain an image of the poster that will be included in the magazine: 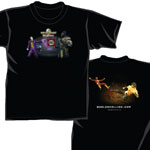 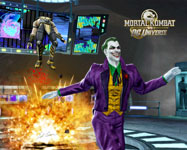 Visit either GameStop or EBGames for more information.

Game Reactor published a video interview with Associate Producer Hector Sanchez. The interview focuses on the cooperation with DC Comics and the Teen Rating of Mortal Kombat VS. DC Univerce.