Yesterday, fellow Mortal Kombat website and affiliate FDMK has confirmed that Catwoman will appear in Mortal Kombat VS. DC Universe. 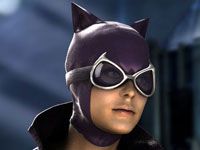 The newest issue of PlayStation: The Official Magazine has a six page preview of Mortal Kombat VS. DC Universe in which a couple of new screenshots are shown, including two with Sonya. 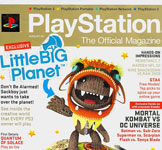 The scans were originally posted on Midway Boards by MK NAT.

Kotaku.Com has posted a small article on Mortal Kombat VS. DC Universe. The article gives clues to some of the fighters in the game:

We only know the rest of the line-up through vague descriptions from a separate source, such as Prototypical Super Hero, Mystical Super Hero, Amazon Queen, Sexy Villainness, Crazy Villain, and Military Superhero. Many of those aren't hard to figure out, but series creator Ed Boon says the full line-up has yet to be correctly guessed by fans.

Today GameSpot has posted an interview with Mortal Kombat's Co-Creator Ed Boon. In this interview he confirms that Mortal Kombat VS. DC Universe will indeed have Fatalities and gives some information on what is going to be shown on E3 next month. Part of the update are 5 new screenshots from the game. Some of those screenshots show blood and really amazing looking cuts and bruises.

Here is a small peace of the interview:

GS: Have you made any more headway on the fatality versus finishing moves?

EB: Yes we have. All of the MK characters and all of the DC villains will have fatalities. The DC heroes who don't kill that often will have brutalities that will function just like fatalities but don't actually kill the opponent.

EB: We will be showing four characters and two arenas.

GS: So now that the door's been opened with MK vs. DC, do you think fans might get MK vs. Street Fighter?

EB: I've never held back my enthusiasm for doing a project like MK vs. Street Fighter. I still think it would be a blast to do. But the reality of the situation is that we are two different companies. That's a tough obstacle to overcome. It's kind of like doing Tekken vs. Virtua Fighter, Die Hard vs. Rambo, Coke vs. Pepsi, "Family Ties" vs. "Growing Pains," Alien vs. Preda...never mind...you get the idea.