Cinder has posted over at Midway Boards three new Mortal Kombat: Armageddon wallpapers, including a wallpaper of Khameleon: 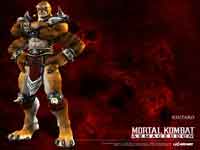 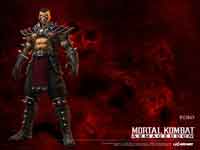 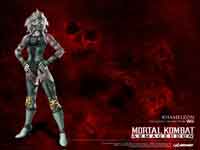 Fighter Of The Wiik: Taven

Midway has released 6 new images from the Wii version of Mortal Kombat: Armageddon: 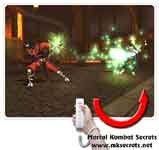 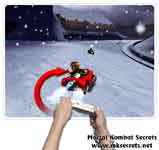 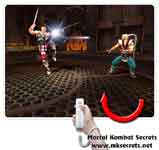 Fighter Of The Wiik: Meat

IGN updated its Mortal Kombat: Armageddon media section with another MK Fighter of the Wiik video. This time the video shows us a little background details on the creation of Meat:

Outworld was MINE! Posing as the Edenian wench Kitana, I gained command of her army and with it took control of Shao Kahn's fortress — all in the name of "peace". I had planned to continue my charade until the Edenian forces could be corrupted enough to follow me as Mileena, the true conqueror of Outworld. But my plans were foiled when the fortress was attacked — Shao Kahn had returned!

And he was not alone! As I watched the initial assault from the safety of the imperial balcony, I recognized the two warriors who aided him: Goro, Prince of the Shokan, and Shang Tsung, wretched Sorcerer of Darkness – my creator. They crushed all who defended the stronghold.

I hid in the throne room and commanded the Edenian mages to cast a defensive ward upon the main door. It was of no use. Their magic was nothing compared to the might of Shao Kahn. He shattered the door and strode in as confidently as ever.

As he stood before me, the two mages rushed to defend their princess, positioning themselves between Shao Kahn and myself. What a surprise it must have been when their own "princess" stabbed them from behind. They fell limp to the floor. Shao Kahn paused, momentarily confused. Removing my veil, I knelt before him, "Welcome home, my master."

Shao Kahn accepted my surrender and later ordered me to capture the Earthrealm warrior known as Shujinko. He was to be used as a bargaining chip to help forge an alliance with Onaga, the former ruler of Outworld.

I sent the fool an invitation, hoping to utilize his arrogance and pride by acknowledging his heroic deeds. The ruse worked; soon he was at the main gate. Reiko's men, dressed in the armor of slain Edenian soldiers, led him directly to the throne room where he was confronted by the new Dark Alliance. I did battle with him as Shao Kahn commanded, defeating him with surprising ease. He was then cast into the dungeon, where he will remain until Onaga arrives.

I do not relish serving Shao Kahn. I am destined for greater things. An entire realm was once in the palm of my hands — and I will not rest until I regain that status! Though it will be impossible to rule Outworld now that Shao Kahn has returned, there are other realms ripe for the taking. Edenia will be mine!