What was done to me by the Special Forces could only be described as brutality. But that's fine. I can take it. What angered me was that somehow Jax found me. I'd covered my trail, kept to the shadows. But still I was routed out.

Jax dropped me into a ravine, assuming that would be the end of me. It would have been if I hadn't thrust my weapon into the cliff wall to slow my descent. I was badly injured, so I went into hiding. My rumored death would be the ultimate camouflage as I regained my strength.

Obsessed with thoughts of revenge, I traveled all over the realms looking for ancient texts that would show me a fatality worthy of my betrayer. But my injuries made perfecting these new techniques a very painful task. My frustration turned into rage and I no longer cared who had sold me out. I would kill them all — a sentiment Quan Chi apparently shared.

Quan Chi recognized the carnage I had left behind as I practiced my new fatalities on the good people of the realms. He was impressed and offered to help me increase their power and effectiveness. All I needed do was fight beside the Forces of Darkness in Edenia. The means of enhancing my fatalities would reveal itself, and all my enemies would be there for the slaughter. Soon I'll have revenge. The time will come to finish them all.

The time has come for the game which started it all. Mortal Kombat 1 - Oldschool is the newest exclusive combo video from UltimateMK.com. It contains about 100 combos from revision 5.0, 3.0 and Prototype plus few extra glitches (Ermac?). I want to thank to Shock for editing and releasing the video and to some people who inspired and helped us a lot during this project: Analcunt, Juggernaut, Soultaker and Fix. 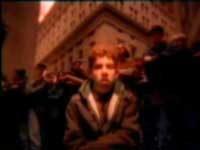 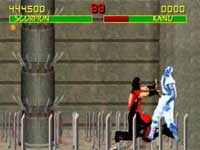 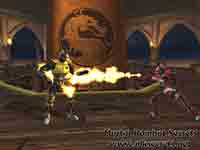 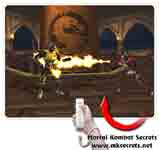 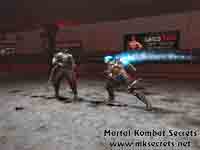 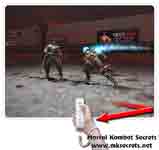 The Edenian race is descended from the gods. That is the reason for our longevity, our nobility, and our strength. But I am more than a distant relation to the deities of old. I am a direct descendant of Argus himself. Only recently have I discovered my royal heritage. Quan Chi, an emissary of Shinnok, revealed to me that I am entitled to great power — and control of Edenia. My father hid my identity for fear it would complicate his plans for succession. He favored his sons Daegon and Taven and groomed them to one day replace him as Protector of Edenia. But he foolishly tied this plan to a quest to save the realms from Armageddon, leaving open an opportunity for me to seize the power that is rightfully mine. Though it seems the Forces of Light seek to steal the prize from me, Quan Chi has made plans to assure my victory. He and his allies will help fend off the Forces of Light as I make my way to Blaze. But before this final battle, I must ensure that Taven and Daegon cannot challenge my ascension. I will finish them both before they complete their quest.

For a long time my objective was to hunt down and eliminate the rogue clans of the criminal underworld. Kano, a member of the Black Dragon, had been a particular thorn in my side. I was close to capturing him, but once I heard about Shang Tsung's Mortal Kombat tournament, protecting Earthrealm from invasion became my sole priority. Once Onaga was stopped, it seemed the threat was eliminated. I could resume my mission against the Black Dragon and Red Dragon clans.

Jax and I came back from Outworld only to find ourselves fighting a different kind of invasion: one from inside our own realm. While we were gone the cybernetic ninja faction known as the Tekunin had grown in number and threatened the stability of civilization. My attention was fixed on this new ninja clan; I was forced to focus all of our resources on defeating them.

The Tekunin leader, Sektor, seemed to have connections with hostile entities from beyond our world, blatantly violating Earthream law. I needed to uncover his plans and stop him. We had one chance: Intel revealed that Sektor was aboard a warship somewhere over the Botan jungle. The Special Forces attacked and brought down the ship. Jax led a ground team to look for survivors, but he's still MIA and, I'm afraid to say, most likely captured by the Tekunin.

For days Jax's cybernetic bio-sensors indicated that he was alive, yet the readings were abnormal. His life signs were stronger, but there were changes in his brainwave patterns. Eventually his signal was lost and we have no way of knowing if he's alive or dead.

We may have crippled the Tekunin, but they will regroup. I need to find out who they were working with from outside Earthrealm. The idea that these rogue groups are conspiring with outside agents is alarming and underlines the importance of eliminating them once and for all. I have to find some way to shut them down.