GameSpot updated with the following news:

LOS ANGELES--The success of Microsoft's Xbox Live Arcade has been a surprise to gamers, publishers, and developers alike. In addition to new games specific for the service, such as Geometry Wars Retro Evolved and remakes of PC games such as Zuma, Crystal Quest, and Bejeweled 2, classic arcade games are getting a second shot at life in the homes of Xbox 360 owners.
...
Fighting fans familiar with Midway can thank the publisher for one of the genre's most recognizable catchphrases--"Finish him!"--by downloading Ultimate Mortal Kombat 3. Though Mortal Kombat creative director Ed Boon clearly implied that the franchise will one day appear on next-gen systems, gamers can get a head start on the spine-pulling, head-popping action of the franchise with UMK3.
...
Though all five of the upcoming Midway Xbox Live Arcade games are expected this year, the company has not released specific release dates or prices.

The 1-st of March is here again. For us this day is very special. This is the day when we look back to see what we have done and to set up the goals for the future. This 1-st of March makes no difference. This time we will make this for the fourth time. That's right, the release date of the site is 03.01.2002.

We wanted to make this anniversary very special and we will. We have prepared four screenshots that will show you our second version of Mortal Kombat Secrets. This is the very first version that came online. Probably most of you have never saw it and we thought that it will be great to show you the look of the site during the time between 03.01.2002 - 05.17.2003. 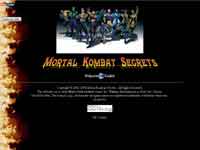 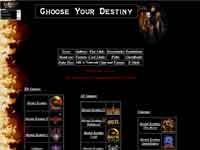 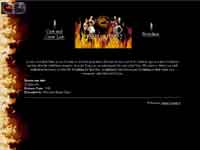 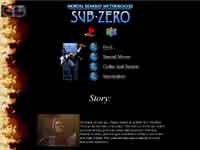 What will this day be if we don't share our plans for the future. Our main priority now is to finish the updates of our games section we started so long time ago. Currently we are working on our Mortal Kombat II section. Here is a taste of things to come: 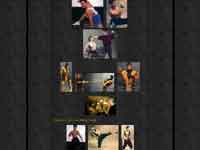 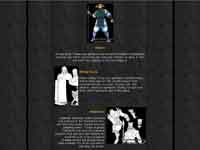 We also want to finish our Mortal Kombat: Shaolin Monks section as soon as possible and we also want to finally finish the major content update of the website. Will we be able to do it during this year? Well only the time and our fifth Anniversary news can tell this.

For an end of this news we want once again to thank you, our visitors for keep visiting this site and keeping it alive during all this years.

We will be happy if you share your opinion of our site as a comment to this news. Don't spare criticism because this is one of the ways to help us make this site better. Tell us what your like, what you dislike, what you want to see in our site! Show us what we did wrong! Give us ideas...!