It appears that a new unofficial Ultimate Mortal Kombat 3 tournament is coming. Here is the message we received from one of the organizers.

There will be a UMK3 Tournament at 8 on the Break February 18th, 2006. UMK3 is generally an under the table tournament so no cover charge will apply (most likely) and a $5 entry fee for the UMK3 tournament itself plus quarters to play is the expense.

Players who are/might be participating:

Shock, The Prophet, Phi, Rob Sigley, BustaUppa, Julian Robinson, Jeron, DreemerNJ, Red Gouki and others. We need players to show up else we cannot have a tournament. Keep UMK3 alive and represent it.

Below you can see four screenshots and the new box cover: 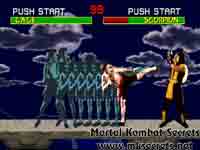 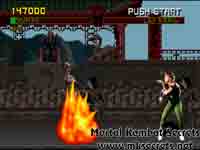 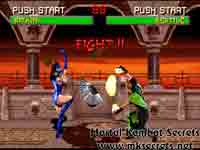 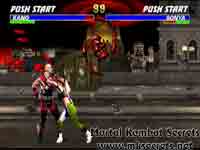 If you want to pre-order the game you can do it right here.

After the exclusive first look on the pages of the magazine, GameInformer are ready to bring us a lot more information in the form of screenshots, renders and concept art. On their website you can find more than a hundreds images of Mortal Kombat: Armageddon.

Click here to see the renders in their original size and all other images.

Very special thanks to our forum member Deadly Dragon for the heads-up on this story. 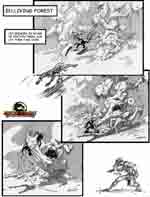 The latest issue (154) of the GameInformer magazine has a four page article on Midway's next Mortal Kombat game: Mortal Kombat: Armageddon. Below is the complete text of the article:

Leaving the current generation with the series in it's current state is comparable to turning off Star Wars before the Death Star is destroyed, or The Lord of the Rings before the One Ring is cast back into the fire. In a way, Mortal Kombat: Armageddon will bring with it an end to an era -- the final battle for a generation. When the last drop of blood is spilled, Shang Tsung's deadly tournament will likely reach its conclusion. "I want to see a pan shot over a battlefield that is smoldering and littered with bodies," says Boon. "It's going to be this massive culmination of things. I can't imagine that we'll come back [in the next generation] and not have a Sub-Zero or Scorpion, but my feeling is that I would like to introduce as much newness as is possible."

To ensure that all of the loose ends are properly tied up, every character that has ever thrown a punch in a Mortal Kombat tournament is suiting up for another round in Armageddon. "We really want to play up the nostalgia factor of it," comments Boon. Just looking at the roster of 60-plus combatants will assuredly bring back a flood of memories for fans. Did you ever really think you would see Stryker again?

This immense roster is just a small taste of the new material that will be included in this explosive finale. This installment will also house the reinvention of the Fatality system, the implementation of the series' first create-a-fighter mode, the evolution of combat through aerial maneuvers, plus the transformation of Konquest mode -- which could very well double as a stand alone game like Shaolin Monks.

"We can only do this mass amount of content because it's the current generation," injects Boon. "We're not reinventing the display engine." As the future of the series looms ever closer, Armageddon will serve as a bridge between generations, bringing with it a sense of closure for fans, while still leaving the series open for rebirth.


The fan site Mortal Kombat Outworld even posted a scans from the magazine.

We also created our Mortal Kombat: Armageddon Forum. Click here to join it.

Thanks to all the people who submit this news and especially Deadly Dragon and mgriego84 for being the first.