CHICAGO – October 14, 2005 - Midway Games Inc. (NYSE: MWY), a leading interactive entertainment industry publisher and developer, today announced that Mortal Kombat: Deception® has shipped as a Greatest Hits title for the PlayStation®2 computer entertainment system and as a Platinum Hits title for the Xbox® video game system from Microsoft. As a new addition to these prominent programs, Mortal Kombat: Deception will be re-distributed with new packaging at a suggested retail price of $19.99.

By definition, a title earning the Greatest Hits and/or Platinum Hits distinction requires that a company manufacture more than 400,000 units per respective platform during its first nine months on store shelves. In total, Mortal Kombat: Deception has shipped in excess of 1.9 million units worldwide since its release in October 2004. 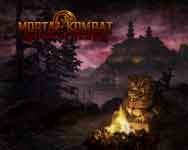 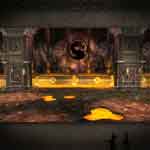 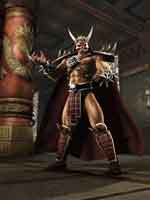 The Fight Night is over. For all those of you, who were not there you can find the offcial transcript here.

It is now known that the Mortal Kombat 7 will appear not only on the next generation consoles but on the current too. The game will use a modified Deadly Alliance/Deception engine.

It is also known that Midway registered the domain name MKArmageddon.com which is believed to be the name of the next Mortal Kombat fighting game.