From this day upon Mortal Kombat Secrets has its own domain name - www.mksecrets.com. The domain is a part of a lot of changes. You can expect them soon. We have now new, better host and this will help us to keep you informed with all the latest news on Mortal Kombat. So, stay close to this site and you won't miss a thing.

For the webmasters, who have a link to this site; please change the URL with www.mksecrets.com.

1. The name of the new character is Bo Rai Cho. He is the "drunken guy" that was first mentioned in interview with Ed Boon at E3 taken from MK5.org.

2. Fatality: Each character will have unfortunately only one Fatality. But here are the names and the descriptions of the first two.

Head Stomp - Your opponent is laying on the ground, and your character jumps and stomps on the second player's head, making it blow up.

Skeleton Rip - Your character rams his fist into the other character, wiggles his arm around a bit, and rips out their entire skeleton.

3. Mortal Kombat: Deadly Alliance has a new release date. It will be on Fatality Friday: November 22, 2002.

GameSpot Complete releases 4 new Mortal Kombat: Deadly Alliance videos! If you are their member you can download them. If you are not you must wait, because I am sure that we will see them soon for free. Here are three screenshots from these trailers.

If you want to download them, use this link.

The first 10 screenshots for the GBA version of the game are already here. Mortal Kombat: Deadly Alliance looks better than Mortal Kombat Advance. The gameplay is 3D and that's really good. Now see the screenshots below!

Today MK5.Org received 16 new screenshots from Mortal Kombat: Deadly Alliance. As you can see some of the fighters have their own weapon. You can also see some of the special moves in the game:

New Character
There is one new character shown on the screenshots. His name is Khan. But unfortunately that's all about him. 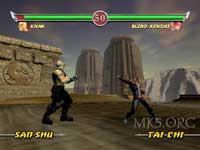 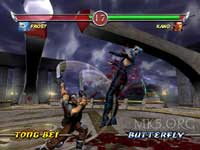 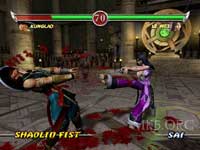 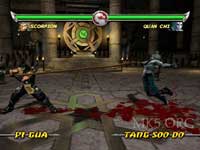 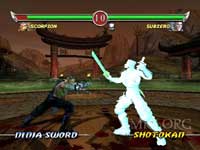 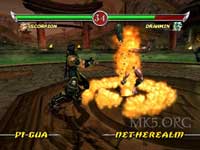 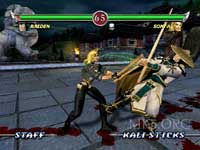 The rest of them you can see at MK5.Org.