Cetrion Has Officially Been Revealed For Mortal Kombat 11

Game Informer has given an exclusive reveal for the next newcomer in Mortal Kombat 11, Cetrion, including the official reveal trailer for her. You can see the full article at this link.

Here is the trailer, taken from Mitsuownes' YouTube channel. Enjoy:

Author's opinion: She looks amazing indeed. She seems like Poison Ivy and Swamp Thing had a kid, with some touches of Tremor. And both her Fatal Blow and Fatality were nothing short of incredible. 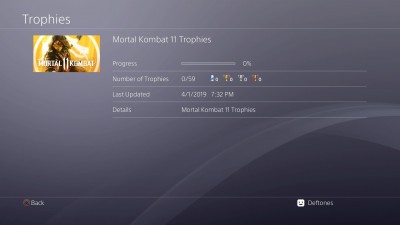 With the online beta over, Mortal Kombat 11 is approaching fast this month as the trophy/achievement list has been fully revealed for the game as the list was posted by Reddit user "DeftonesBandPSN". Similar to the SteamDB leak, Mortal Kombat 11 has a total of 59 trophies/achievements that focuses on story mode, towers, online modes, tutorials, etc. You can check out the entire list here. Warning: Spoilers ahead