The official lineup for EVO 2013 Tournament has been announced. The tournament will take place July 12–14 at Paris Las Vegas hotel and casino. 9 would be the main titles for the event, including: 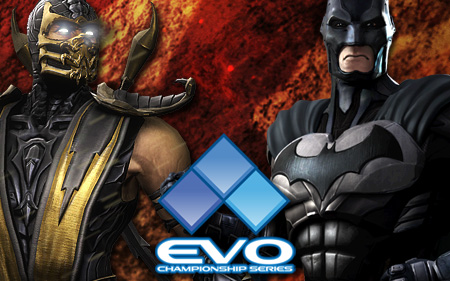 This is the third time Mortal Kombat 9 (2011) is going to be a part of the EVO Championship Series. In 2011 and 2012 Perfect Legend was the supreme champion.

For Injustice: Gods Among Us this is the very first appearance on the EVO tournament.

With both games present at the event, all of us are going to have a lot of things to look forward to this summer.