It has been recently revealed that Injustice: Gods Among Us has become the best selling game in the US for May, which means for a second month. The game took the top spot immediately after its release on April 16th.

Injustice: Gods Among Us is followed in the charts by Call of Duty: Black Ops II and Donkey Kong Country Returns.

Things have been really quiet on the Mortal Kombat: Legacy Season 2 front for quite some time and we all have been asking ourselves what exactly has been going on with the series, as the new season was finished months ago.

A day ago Johnny Cage actor Casper Van Dien shared on Twitter that the cast and crew was invited to watch a screening of the second season. He even posted a picture from the event. 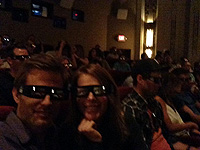 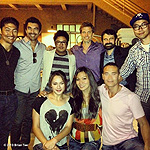 Several hours ago, Kung Lao actor Mark Dacascos posted on his Facebook page a photo of the after party. In his post he shares that he was told that the second season of Mortal Kombat: Legacy will premier in September 2013 on Machinima:

Aloha! We had a cast and crew screening of Mortal Kombat Legacy, Season 2, last night. I can't wait for you to see it.
They told us it will premiere on Machinima in September, 2013. Aloha, MD

Are you missing your favorite Mortal Kombat webseries? Then take a look at the latest episode of our own webseries, The History of Mortal Kombat:

According to online games retailer Greenman Gaming the PC version of Mortal Kombat 9 (2011) Komplete Edition has the following system requirements: 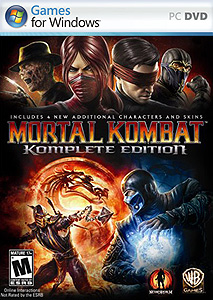 The game will be available digitally on July 3rd and will hit store shelves on August 2nd in Europe and August 6th in the US.

Greenman Gaming is currently taking pre-orders and has listed the game at €29.99.

The PC version of Mortal Kombat 9 (2011) Komplete Edition is being developed by High Voltage Software and will have all features of the console game:

Click here here to learn everything about Mortal Kombat (2011).

The History of Mortal Kombat - Episode 07

The seventh episode of our Mortal Kombat History Series is here. Entitled Descent into the Underworld this new episode features the darkest moments in the history of the Mortal Kombat franchise:

The episode will show you among other things the tragic and very interesting story of Mortal Kombat: Special Forces. Four different project are featured in this episode, two of which known only to hard core fans of the franchise. Watch carefully and you might notice some of the hidden stuff in this episode. 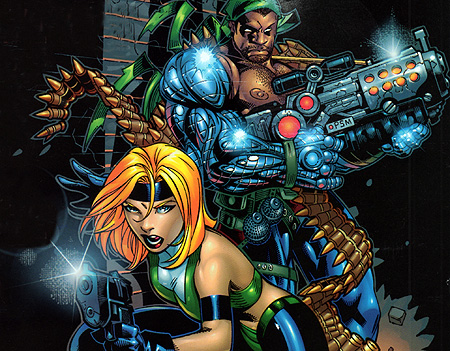 Netherrealm Studios has announced that General Zod will be joining Injustice: Gods Among Us in July as the fourth and last DLC character that is part of the current Season Pass:

It was also just announced that General Zod will be banned from this years EVO Tournament, unlike the other three DLC characters.

Tale a look at the latest Conan O'Brien Clueless Gamer episode where he reviews Injustice: Gods Among Us, showing Zod for the first time. Watch until the end to see The Flaming C making its way into the game as a Superman skin. No official announcement was made as of yet about the character:

Conan and Bruce Timm created The Flaming C, a character based on Conan's appearance and jokingly referred to it as DC Comics' next superhero. The character has a comical appearance due to wearing things not associated with superheroes, such as a steaming ovenmit, a jai alai glove, ski goggles, a Star of David belt buckle, socks with garters, fishnet stockings and loafers. Faux videos have been made where the character appears on the show Young Justice. The character also had a dedicated segment at the 2011 San Diego Comic-Con International.

Four more DLC characters will at later stage for Injustice: Gods Among Us.