Fruit Ninja Komes to MK 2011 (PSVita) With Test Your Slice

Ed Boon gave some new details about the upcoming PS Vita version of Mortal Kombat 9 (2011) in his latest interview during the Canadian PS Vita Launch event in Toronto. Are you prepared for the Fruit Ninja similar new Test Your Slice mode? Instead of Fruits, there will be of course body parts :)

Thanks to John for the heads-up on this story!

World Game Cup - Cannes 2012 (France) is over and the champion has been determined:

Congratulations to all of them for this achievement!!!


The Mortal Kombat 9 footage on the second video starts at 5:30.

World Game Cup - Cannes 2012 (France) has started and will continue until February 19th. Mortal Kombat 9 (2011) is one of the participating games:

STREAM
Click HERE to watch the stream with us in our chat room.

- Tournament limited to 64 players : 2/3 matches in pools, 2 qualifiers per pool.
- Pools are run in double elimination.
- The winner of the Winner’s Bracket finishes 1st of his/her pool.
- The winner of the Loser’s Bracket finishes 2nd of his/her pool.
- The players will be spread in a new double elimination bracket (with a « life reset »): the players which finished first will be pitted against the second of another pool (and vice-versa). 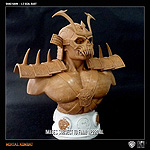 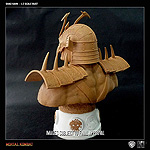 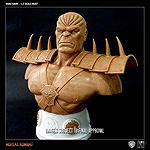 These sure look amazing and they will be a great addition to the already available statues, all of which you can purchase with an exclusive 15% Discount through MKSecrets.Net:

Syco Collectibles is considering the possibility of producing high quality Mortal Kombat Action Figures. What do you think of the idea, share your thoughts.