After the very successful start of our "Win a 10" Mortal Kombat Statue of Scorpion or Sub-Zero" contest/give-away, we are happy to announce that thanks to Syco Collectibles instead of giving-away just one statue, we are going to give away three. That's right, your chance at winning has just become three times higher.

Netherrealm Studios has just sent us a high-resolution render of Sindel. This render has never been released online before. We also received Kitana's and Mileena's renders in much higher resolutions than the previous versions we had. All three renders are available in our Mortal Kombat 9 (2011) renders section and Sindel's render can also be seen in this news article:

Just as promised, here is another Mortal Kombat Secrets Contest/Give-Away. And this time you will be competing for two Mortal Kombat 9 T-Shirts provided by MyTeeSpot. The T-Shirts are part of MyTeeSpot's latest Mortal Kombat t-shirts collection: 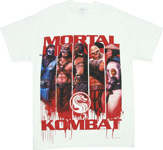 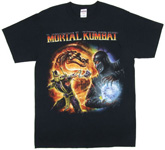 GamSpot has reported that Mortal Kombat 9 (2011) has already sold close to 3 000 000 copies. Martin Tremblay, president of Warner Bros. Interactive Entertainment had the following thing to say:

With the launch of Mortal Kombat, we have already paid for the acquisition of the Midway assets, and we are just beginning to leverage this acquisition with much more to come.

Congratulations to Netherrealm Studios for this success. We can't wait to see what is coming next!

With the success of Mortal Kombat: Legacy on YouTube it is no surprise to us that the series are making their way to the store shelves on DVD and Blu Ray on November 8th via Warner Home Entertainment. These releases will include all 9 episodes and a lot of bonus features (listed below): 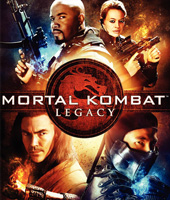