Ever since the beginning of Comic-Con rumors have been flying around that Unmasked Sub-Zero and an alternative Kostume for Kabal will be the two free Klassic Kostumes that will be released as part of the 4th Kompatibility Pack and also with Freddy Kreuger, the 4th DLC Kharacter.

Now the Kabal rumors pretty much remain unconfirmed at this point in time but the rumor about the Unmasked Sub-Zero Klassik Kostume were confirmed when fellow Mortal Kombat website Test Your Might posted an image from Comin-Con.

We will update this news as soon as we hear something about Kabal.

Thanks to our member LIN_KUEI for the heads up on this story!

Have a news lead, let us know!

GameSpot published some live footage from Comic Con with gameplay from Mortal Kombat 9, including Freddy Krugger and Mortal Kombat: Arcade Kollection which includes Mortal Kombat 1, Mortal Kombat II and Ultimate Mortal Kombat 3. In an interview, Ed Boon also confirms that the the Studio has started working on the next game and that this might be the last DLC, or may be not.

Want to know more about the character, click here.

Are you happy or are you more upset about this news, click Comment and let us know!

The news from Comic Con just doesn't stop. We just learned that Warner Bros has created a set of limited-edition collectible hotel keycards, which will be in use at top hotels throughout the San Diego area during the ’Con. One of these cards advertises Mortal Kombat: Legacy: 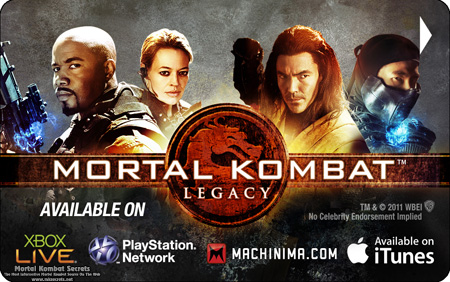 For more information, take a look at the press release:

Warner Bros. Entertainment is throwing a key party at Comic-Con! The Studio has once again created a set of limited-edition collectible hotel keycards, which will be in use at top hotels throughout the San Diego area during the ’Con. This marks the fourth consecutive year for the popular room key program.

For Comic-Con 2011, Warner Bros. has created all-new keycards for five of the Studio’s series, video games and home entertainment releases, including:

- Person of Interest: Jim Caviezel (The Thin Red Line), Michael Emerson (Lost) and Taraji P. Henson (Hustle & Flow) team up in this crime action-drama from The Dark Knight’s Jonathan Nolan and J.J. Abrams’ Bad Robot Productions (Super 8, Fringe). Set in New York City, with all of its multifaceted elements of justice (cops, criminals, corruption), this procedural centers on an ex-CIA agent, presumed dead, who partners with a mysterious billionaire to prevent violent crimes. The series will air Thursdays at 9/8c on CBS this fall.

- Smallville: Warner Bros. Television’s hit series Smallville recently concluded its 10th and final season on The CW, but fans can soon have all 218 episodes — plus five hours of newly added special features, including an all-new 90-minute retrospective — in their collection as Warner Home Video releases Smallville: The Complete Series on DVD this fall.

- Mortal Kombat: Legacy: This original live-action new media series from Warner Premiere and Warner Bros. Digital Distribution is directed by Kevin Tancharoen (Fame); stars Jeri Ryan (Star Trek: Voyager) as Sonya Blade, Michael Jai White (The Dark Knight) as Major Jackson “Jax” Briggs and Darren Shahlavi (300) as Kano; is based on the video game Mortal Kombat, created by Ed Boon; and takes gamers deep into the history of the warriors they know and love. Mortal Kombat: Legacy can be viewed on Machinima.com and will be available for download via iTunes, Xbox Live and the PlayStation Network starting July 18.

- The Lord of the Rings: War in the North: This is an intense, Action RPG video game for the Xbox 360, PS3 and PC with an original story based on the renowned works of J.R.R. Tolkien. Up to three gamers can play together or perish as they form their own fellowship to defeat Sauron’s forces in the North of Middle-earth. Warner Bros. Interactive Entertainment invites Comic-Con fans to a special event at 8 p.m. on Saturday, July 23, at 5th Avenue and J Street in the heart of San Diego’s Gaslamp Quarter. Fans can experience Middle-earth like never before and play the new The Lord of the Rings game months before its official release. Beginning on Wednesday, July 20, fans can text WITN to 82257 or log on to warinthenorth.com/comic-con for more details about the event.

Netherrealm Studios has just released the fifth episode of the second season of MKast. In this episode the team talks about the creation of Rain in one of the best MKasts so far. In addition to this, we received Rain concept art images:
Click on the image below to see all the new concept art images: 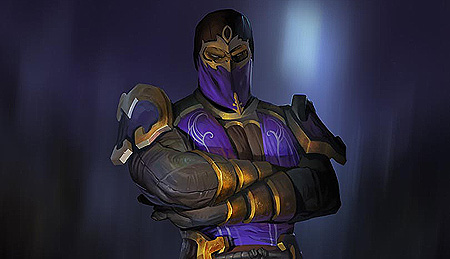 Click on the image below to watch the MKast in our videos section: 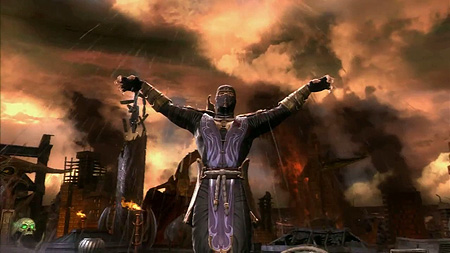