The forces of good: 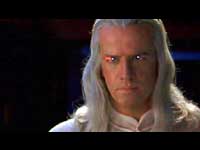 Lord Raiden - The God of thunders. Centuries ago the Elder Gods sent him to the new realm of Earth to protect it from the forces of evil, which will try to take the power of this realm for themselves. 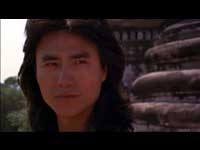 Liu Kang - A warrior monk, who left his temple, because he won't take part in the tournament. His brother, Chan Kang takes his place in the training for the tournament. A couple of days before Mortal Kombat, Chan is killed by Shang Tsung himself. Now, Liu Kang is looking for revenge for the young death of his brother. He will find and kill the sorcerer, whatever it cost. 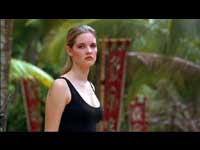 Lt. Sonya Blade - As a member of the US Special Forces Sonya must stop Kano. He is the murderer of her former partner. Now she is looking for revenge. 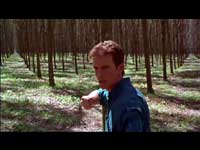 Johnny Cage - A movie star, who wants to become more popular and to prove that he is not a liar. Johnny received an invitation to the tournament from his master. Unknown to Cage Boyd is actually Shang Tsung. 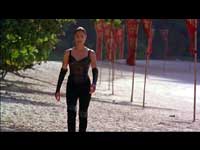 Princes Kitana - The adopted daughter of Shao Kahn. Kitana is daughter of Outworld's former ruler, king Jerrod. Years ago the warriors of Shao Kahn won 10 tournaments and took over Edenia. The emperor killed Jerrod and married his wife, queen Sindel.

The forces of evil: 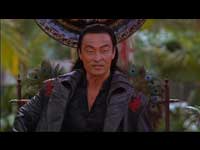 Shang Tsung - Shao Kahn's private sorcerer and host of the tournament. He will try to win this Mortal Kombat at any cost. 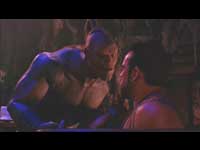 Goro - The prince of Shokan. He has won all tournaments in the last 500 years. 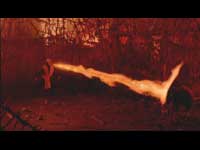 Scorpion - A dead ninja, who returned to life to help Shang Tsung in his mission. He will try to stop the Earth warriors with all his mystic powers. 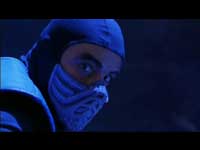 Sub-Zero - Member of the ninja clan, known as Lin Kuei. Sub-Zero has the ability to  create and manipulate ice. 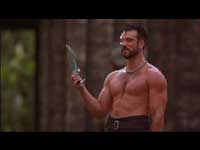 Kano - The terrorist Kano is leader of the organization, known as The Black Dragon. In this battle he must kill Sonya Blade. 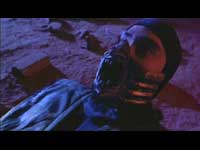 Reptile - One of Shang Tsung's secret fighters and personal protector. He is the last one of whole race of reptilian creatures, who lived in Zattera, a realm destroyed by Shao Kahn.