The Earth is only one of the realms in the universe. One of these realms, called The Outworld is ruled by an evil emperor, also known as Shao Kahn. He wants to have all other realms for himself. The Earth is his next target. 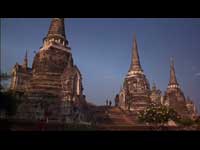 To protect the Earthrealm from Shao Kahn the Elder Gods sent the God of Thunders Lord Raiden to protect the planet. For centuries Earth has used Mortal Kombat, a Shaolin tournament to defend itself against the Outworld's emperor Shao Kahn. Unfortunately the Earth warriors have lost 9 tournaments, if they lose this Mortal Kombat the Earth is going to be lost forever. 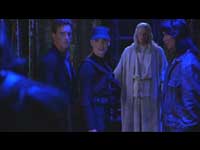 Now three warriors have the chance to save our world from the evil emperor's sorcerer Shang Tsung and the prince of Shokan - Goro: the Shaolin monk Liu Kang, the Special Forces agent Sonya Blade and the movie star Johnny Cage. In this battle they must not only defeat their enemies but their fear too. 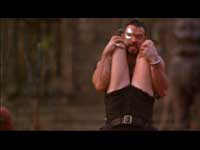 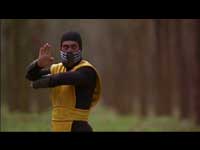 For the Earthwarriors it's not a problem to defeat Kano, Scorpion and Sub-Zero. The greatest danger for them is the Shokan prince Goro. This evil creature kills most of the warriors of Earth. To protect Sonya, Johnny Cage challenges Goro. 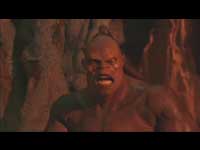 He makes a deal with the sorcerer: if he wins, Shang Tsung can choose the place and the fighter for the last battle. Johnny Cage kills Goro and Shang Tsung kidnaps Sonya and takes her to the realm of Outworld. 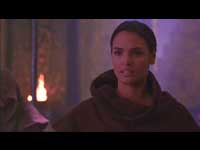 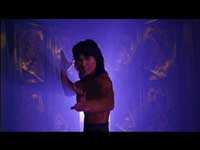 Liu Kang and Johnny Cage followed them. There they find a new leader in the face of princes Kitana. She takes them to the tower of Shao Kahn, where they save Sonya. After that Liu Kang kills Shang Tsung and frees the soul of his brother. 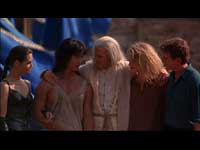 The warriors return to the temple of Light to enjoy the short time of peace because the worst is still coming. 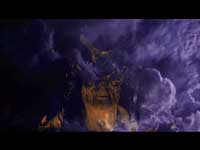 Shao Kahn is invading the Earth.