The remastering of the The History of Mortal Kombat series has reached its end with Episode 10 released today. This Mortal Kombat: Shaolin Monks centered episode is one of our most stunning episode, running for about half an hour. The live premier of this episode attracted almost 60 viewers. In case you missed it, you can watch the episode right here:

From the episode you can learn details about how Ed Boon started his carrier at Williams, about his working relationship with John Tobias, his early projects, the origins of the Mortal Kombat series and its early years, the original Mortal Kombat movie, the departure of Tobias from Midway, the development of MK: Shaolin Monks, the jumping between of Mortal Kombat and Injustice, the migration of the team from Midway to Warner Bros. the origins of Mortal Kombat Vs. DC Universe and how it affected the current direction of NetherRealm Studios games, the idea of a crossover between Mortal Kombat and Street Fighter, the current meta of Fighting Games today in comparison to the Arcade days, what games he likes to play in his free time, and his future in the video game industry. If you are interested in all things behind the scenes, we can highly recommend this interview:

The History of Mortal Kombat: Episode 10 - Out of The Arena

We (ded and Gambid) are glad to announce the release of the next exciting episode of The History of Mortal Kombat.

So without further ado we give you The History of Mortal Kombat: Episode 10 - Out of The Arena. Have fun watching:

Update: 31.03.2016
The episode is now available for download form the section of the series. 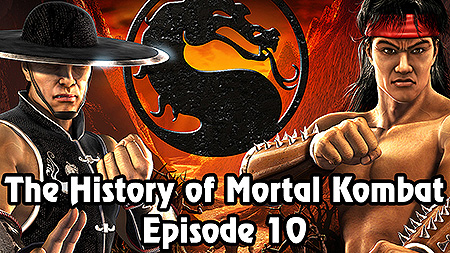 We put a lot of effort and hard work in this episode and will be happy if you share your opinion with us.