There have been several months since we last heard something about the next Mortal Kombat web series.

The confirmed information so far is that actors Cary-Hiroyuki Tagawa and Casper Van Dien are reprising their roles as sorcerer Shang Tsung and Hollywood actor Johnny Cage. We also know that filming took place last January.

He announced the news himself on his own instagram page.

Recently fellow Mortal Kombat website MKOnline also revealed that production of the series has been finished. There is still no official release date or an official confirmation to this news. This could however happen at any moment.

According to the rumors, the series will include several Mortal Kombat X characters and will be called Mortal Kombat Generations.

Are you excited about the new series. Let us know in the comments.

Actor and martial artist Darren Shahlavi, best known to the Mortal Kombat fans for playing Kano in 3 episodes of the first season of Mortal Kombat: Legacy has passed away on January 14 at the young age of 42. 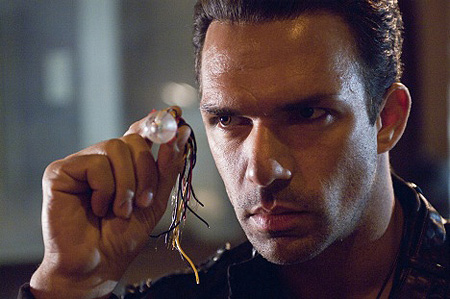 The sad news was first publicly announced by his agent and by Bobby Shahlavi on his Facebook page. No cause of death has currently been announced:

It is with immense sadness we have to inform you all of the news of the death of our dearest Darren Shahlavi. Darren dared to dream and was brave enough to follow his dreams and make them a reality. He wanted to be a movie star! Sounds crazy right? But he made it happen. He fulfilled so many of his career ambitions and acted along side and met many of his childhood heroes and screen legends including Donnie Yen, Jean-Claude Van Damme, Sammo Hung, Robin Williams & George Clooney to name just a few. He was a kind, honest and decent human being. You will be missed my dear Darren, by family, friends, colleagues and many fans. You are a legend and a legend never dies. Your films and your legacy will live on forever and you will always remain in our hearts. We are all so proud of you and you will continue to inspire us all for generations. Sleep well Darren and keep on dreaming. Love you always… Your family X

Darren Shahlavi is the second actor who had played Kano and has died unexpectedly and long before his time. Trevor Goddard played the Black Dragon mercenary in the first Mortal Kombat movie back in 1995 and passed away in 2003 from drug overdose (Unexpected Death, JAG star died from drug overdose).

Casper VanDien Shows a Glimpse at the Mortal Kombat 3 Script

Mortal Kombat: Legacy Johnny Cage actor Casper Van Dien is the most active cast and crew member of the webseries when it comes to informing the fans about the progress of the third season. It was him who gave the first signals that there will even be a third season, when he posted pictures of himself training last summer. Now he is posting a photo of the Mortal Kombat 3 script: 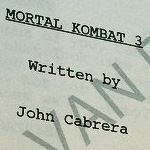 The title is probably just a working title and will be replaced later. Whether the new season will be called Mortal Kombat: Legacy or something else is still unknown as is its relation to Mortal Kombat X.

Cary-Hiroyuki Tagawa Will Reprise His Role as Shang Tsung

Original Shang Tsung actor Cary-Hiroyuki Tagawa has tweeted today that he will be on the set of the third season of Mortal Kombat: Legacy next Monday:

We are of course trilled to see him back in the role of Shang Tsung and we are also trilled to get some more Mortal Kombat: Legacy season 3 information. 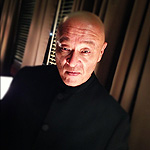 The question we are currently asking ourselves is how the third season of Mortal Kombat: Legacy is going to coexist with the other Mortal Kombat X base series.

After Casper Van Dien and Mark Dacascos, Cary-Hiroyuki Tagawa is the third actor to inform his fans about his involvement in the new season of Mortal Kombat: Legacy.

There isn't really much information about the third season of Mortal Kombat: Legacy. It's production has not even been officially confirmed by the studio yet. However one of the actors involved in the project is giving us at least some status on the series by posting pictures of him preparing for the upcoming episodes. Yes, I am talking about the Johnny Cage actor Casper Van Dien. 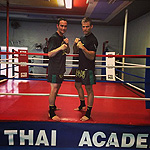 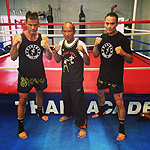 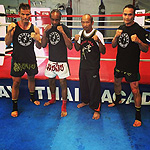 In these three pictures he even "confirms" the return of Mark Dacascos who played Kung Lao in the second season.

With the second season of Mortal Kombat: Legacy available on DVD and Blu Ray on October 14th, 2014 we can probably expect an official announcement regarding the third season very soon. You can pre-order the second season from Amazon by using the following links: