In the early stages of the development of the Mortal Kombat Gold the select screen looked a bit different from the one we know from the final version of the game:

On this picture you see the beta version of the character select screen. Noticeable differences are the icons of the new characters in the game (Baraka, Kung Lao, Kitana, Mileena and Cyrax). Goro and Noob Saibot are selectable in this version and there are two question mark fields most probably for Sektor and Belokk (see below).

Belokk was a character that appeared in an early version of Mortal Kombat Gold and was actually going to make an appearance in the final version. He was developed by Eurocom and unfortunately didn't make the final cut. 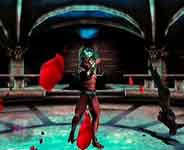 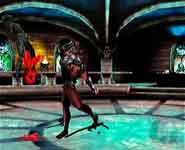 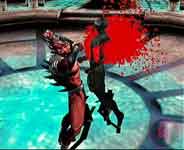 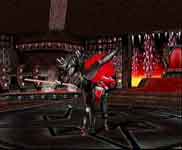 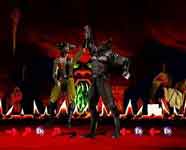 According to the rumors, Midway didn't want a character in the game, that was not developed by them.

According to Ed Boon, Eurocom didn't have enough time to finish the character.

The fact is, Belokk wasn't in the game and we will most probably never see him again.