The official Mortal Kombat (2021) Movie Twitter has released exclusive movie stills from the upcoming film. The images features many of the iconic kombatants from the video game series with two images featuring a kick boxer (Cole Turner) in some of the movie shots. Here is a gallery to take a look at for yourselves. 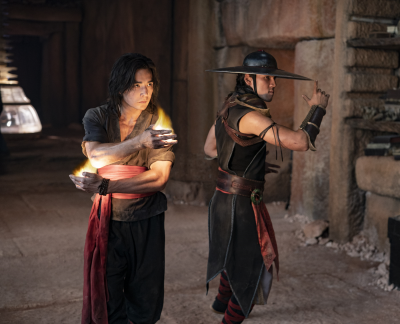 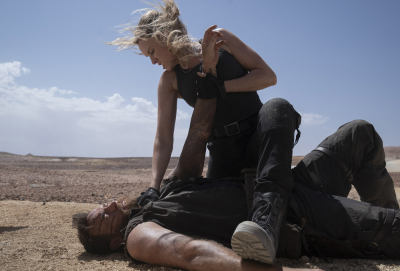 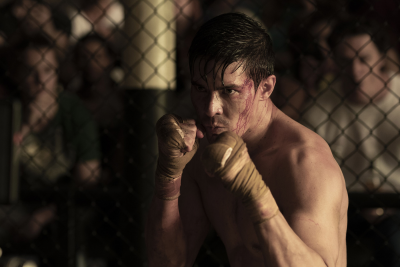 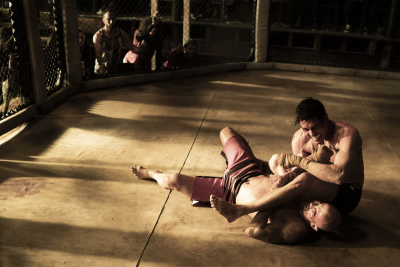 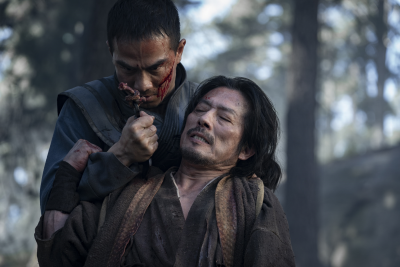 Roy Arkon also covered Entertainment Weekly's exclusive look of the film by director, Simon McQuoid, to see what we can expect from the movie. Mortal Kombat (2021) is expected to hit theaters and HBO Max on April 16, 2021.

The website Entertainment Weekly has conducted an interview with Simon McQuoid, the director for the upcoming Mortal Kombat Movie. In this interview, McQuiod gives us new details about the movie's plot, characters (including the new character Cole Young), the references and Easter Eggs to the MK games, and of course the level of violence and gore in the movie. Along with this information, the interview gives us some images of the movie, showcasing the following characters: Liu Kang, Kung Lao, Scorpion, Sub-Zero (Bi-Han), Sonya Blade, Jax Briggs, Kano and Cole Young.

Check out the interview in the link above.

Kori-Maru also covered the images that are shown in the article, directly taken from the official Mortal Kombat Movie Twitter page.

Author's opinion: This movie keeps being better and better, and the characters that are show in the pictures look excellent. I really like what they did with Kano, by removing the metal plate from his face while still showcasing that the right side of his face is cyberized. That's what NetherRealm Studios/Warner Bros. has done with Mileena in Mortal Kombat XL with her Tarkatan mouth. That's a really smart move on their part. Speaking of MKXL, it's seems that they are taking the same plot direction that Johnny Cage's had which was revealed in Mortal Kombat 9 (2011) and expanded in MKXL as being a descendant of ancient cult, and attach that to Cole through the MK symbol. Interesting idea, considering that it also gives the MK symbol a bigger part in the story. Once again I'm really excited about the movie.

The YouTuber Mr. Alucard has uploaded a new video, showcasing secret unique interactions in Mortal Kombat 11 Ultimate with Kronika. Those interaction lines come right after Kronika beats the opponent and right before the announcer goes to the Finish Him portion of the fight. As you can see, Mr. Alucard showcases the interactions between Kronika and the entirety of the playable roster of MK11U, and he clearly made sure that the Prehistoric Age Hourglass stage Dinosaur will be an integral part of the video. It should be noted though that Kronika doesn't have any secret and unique dialogue with Mileena, Rain, Joker and Rambo.

Here's the video below, enjoy.

Dannish Syed, who worked in NetherRealm Studios as senior UI Artist for the past decade, has officially announced his departure from the company on Twitter to presume other career opportunities, with a short clip of him updating his Twitter information. Syed then said that his 10-year tenure in NRS have been incredible for him and changed his life and how lucky he was to be a part of the Mortal Kombat community. While he did say it was a tough move for him, he still thinks it was the right one.

Ed Boon then came in to congratulate Syed for all his contributions for both the Mortal Kombat and Injustice franchises, and said how everyone were lucky to have him and look forward to see great things from him.

We also would like to thank Dannish Syed for all of his contributions to the games that we all love, and wish him good luck in all of his future endeavors.

We have yet another Easter Egg news regarding Mortal Kombat, and this time with a little twist. Because instead of having an Easter Egg in an MK game, we have an MK Easter Egg in a different game.

A Twitter user by the name "alvinshotjuicebox" has found a very special prize in one of the side missions in the recently released game Cyberpunk 2077. And that prize happens to be a very special statue that resembles Scorpion from Mortal Kombat, and it heavily resembles the same Scorpion statue that was used to given in one of the Kollector's Editions of Mortal Kombat XL. 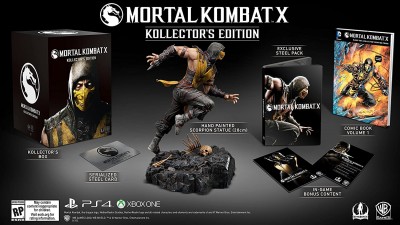 Here's how you can get the statue if you own Cyberpunk. Spoiler alert:

After you finish the main story of the game by meeting Panam, you'll be able to meet up with a character named Mitch in the desert area called the Outskirts. Mitch has lost a good friend of his by the name of Scorpion, whose dying wish was to be placed in his car, ignited, and driven into a massive canyon for a blaze of glory send off. Do this and Mitch will gift you several prizes, including the statue, which you will be able to see back at home once you've completed the mission.

That's a really nice twist indeed, to see MK being featuered in yet another game, after MK's long history of Easter Eggs and secrets of it's own.

And with that note, and once again with the spirit of Mortal Kombat, happy new year to everyone with fighting and violence to all