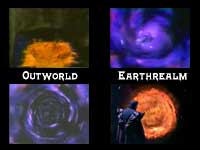 2. Episode 6: Noob Saibot
The whole time Siro is fighting the two guards his shirt becomes increasingly caked in oil except for a six-second segment in which it not only becomes sparklingly clean again but also alternates between being short-sleeved and long sleeved. 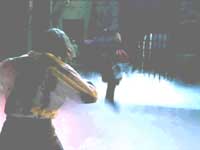 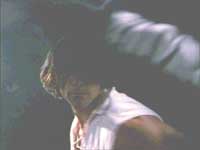