1. At the beginning, Raiden's hair is loose, but when he somersaults to fight Shao Kahn, it is tied up. It is loose again after the fight. 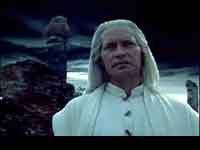 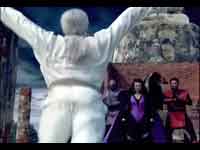 2. At the start of the movie when Shao Kahn and Raiden are fighting, Shao Kahn smashes Raiden into a pile of bricks. Then Shao Kahn says "You will never win". Watch when he says it because his mouth doesn't move. 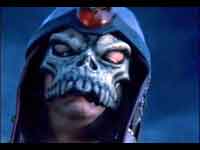 3. When Sub-Zero is flying in to help Liu and Kitana, the device holding him is very visible. 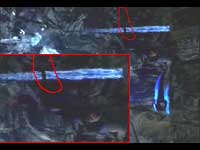 4. When Scorpion and Sub-Zero are about to fight we clearly see Scorpion with white contacts over his eyes, but during the fighting you can tell the actor/stuntman playing Scorpion does not have any white contacts in. 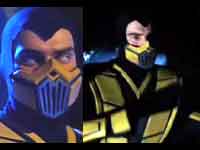 5. At the end of the Sub-Zero vs Scorpion fight, Liu Kang jumps over to help Sub-Zero and Scorpion teleports away. A few moments later you see a shot where you see all the actors, (Liu Kang, Sub-Zero and Kitana), if you look closely you can see scorpion waiting in the background just waiting to pop up and snatch Kitana. 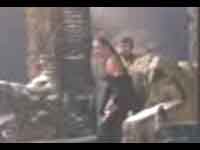 6.  In the scene where Sonya Blade is fighting Millena, Sonya gets knocked down in the mud and is covered in it. The next scene shows her walking with Jax perfectly clean. 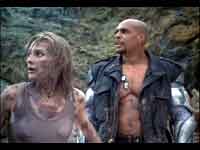 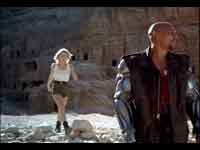 7. There's a part when Raiden, Liu Kang, Kitana, Jade Jax and Sonya are confronted by 3 ninjas and Sindel. Raiden decides to take on the ninjas, but you'll notice that he only fights against 2 of them. 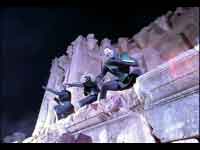 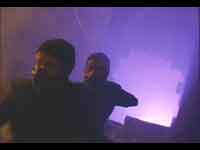 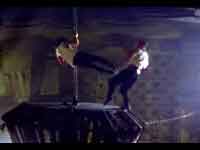 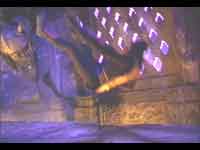