by Roy Arkon on Jul 2, 2021 :: 0
Over the past few weeks, an online tournament for Mortal Kombat XL called Mortal Kombat XL Lives took place, pitting pro players in an epic Kompetition. During the tourney, a YouTube channel called Hold Back to Block, which made fighting game related documentaries such as the Killer Instinct documentary, has worked in collaboration with the MKXL Lives organizers to make another documentary, this time focusing on MKXL. Clips of the documentary were shown throughout the whole event, featuring Ed Boon, Tyler Lansdown and Mike Stallone (director of technology in NetherRealm Studios), talking about various topics regarding MKXL such as the introduction of the Variation system, the implementation of the rollback netcode, the addition of guest characters and more.

by Roy Arkon on Dec 2, 2019 :: 0
Over the past month and especially since the latest Mortal Kombat 11 Kombat Kast, the vocal minority have expressed a lot of complaints regarding Sindel in MK11 and her new plot twist of her being evil rather then good, while keep stating that this an entire retcon. Although that might be ignored, the vocal minority has gone way too far, as Shawn Kittelsen of NetherRealm Studios, the writer behind the Mortal Kombat XL Comic and the current MK11 story, has received a ton of harassments and threats on Twitter, all over Sindel alone, and even worse is that he had to deal with all of that while his son has suffered from frightening illness over the past couple of weeks. Kittelsen then responded with this series of Tweets below:
Thankfully, Kittelsen's son seems to get better, and Kittelsen has put out another Tweet with his MK11 Noob Saibot sketch:
Author's clarification: To all of those who don't like this plot twist for Sindel, I understand that this is what you used to see regarding the character since Mortal Kombat 3, but that doesn't mean you can just attack, harass and threat the workers at NRS because of this alone. All it does is putting a black cloud of bad reputation on the whole NRS community, and like Kittelsen said, it only devalues your opinions. They are people just like you. If you wanna express your opinions, do it in a respectful and constructive manner, but in such a toxic fashion like this. And once again, it's only a plot twist, not a full retcon. And it's only for the current timeline that has started since Mortal Kombat 9 (2011), not the original timeline that ended in Mortal Kombat Armageddon. Once you put everything together that happened from MK9 to MK11 it all makes perfect sense. Not to mention that there is a small chance Sindel might not end up like that for the next game since she is a DLC character in MK11, although Stephanie Brownback has stated in the Kombat Kast that this is canon, so it's extremely unlikely that to change, even though that once again, it makes perfect sense.

Just be smart and respectful, that's all.

by Roy Arkon on Nov 13, 2019 :: 0
Ed Boon keeps the hype for Sindel going strong before she is released for Mortal Kombat 11. First he puts a new image of Sindel on his Instagram page, once again showing Sindel in gameplay form along with the mysterious ghost. 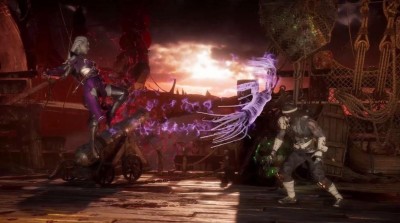 by Roy Arkon on Jul 2, 2019 :: 0
Luiz Mictian, a professional artist who is already known for his excellent fan comic books surrounding the Princess of Edenia, Kitana, is back with the 2nd part of The Forsaken series, of which we featured the previous part of in this article.

Here is the preview video for Part 2:

To read the next chapter of the story for free, download the PDF file here. 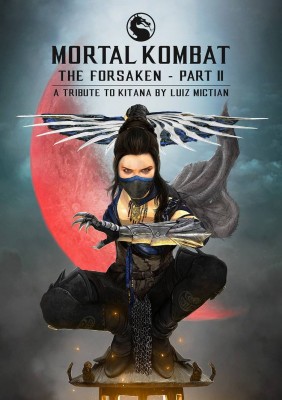 by Roy Arkon on Mar 7, 2019 :: 0
Two weeks ago, we reported that Cary-Hiroyuki Tagawa is teasing Shang Tsung who he portrayed in previous Mortal Kombat media for Mortal Kombat 11, and it was probably only a matter of time before Ed Boon would go for a tease of his own. MK's co-creator and head of NetherRealm Studios has posted this Tweet with a GIF of Tagawa under the role of Shang Tsung. 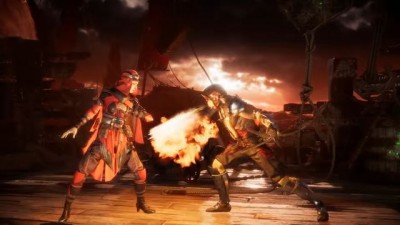